“Zaloudek’s paintings have become increasingly visually elusive. The work is a distillation of sensory phenomena for which I have no vocabulary.” -Jack Eyerly, 1971.

The American artist Duane Zaloudek (b. Texahoma, 1931, lives and works in New York) will in 2015 begin a series of collaborations with Monitor curated by Paola Capata and Brett Littman, Executive Director of The Drawing Center in New York. The debut exhibition in January 2015 will be at Monitor Studio, New York and will feature five paintings produced between 1966 and 1967 and two rare oil on paper works from 1963. The second exhibition will be a solo show in March 2015 at Monitor Rome, Italy and will highlight Zaloudek’s paintings realized between the late 1950’s and early 1970’s, which include his Trask series (1961-1964), Milarepa series (1965-67) and first white-on-white canvases (1968-71). The Rome exhibition will be accompanied by a four color catalogue with an interview between Littman and the artist.
Zaloudek’s works explore the phenomenological aspects of vision through an investigation of form, light and color. Zaloudek describes his process as follows ,“I have been concerned with ideas relating to sensory inhibition and the implications such ideas hold for the technology of painting and the spectator – object relationship. A group of works have evolved from this concern to make painting an exclusively physical-visual experience in line with studies on the possibilities of visual actions and actions with extremely low contrasts. The objective has been to move more completely away from formal problem solving and to delve more deeply into the self – conscious awareness of the physicality of seeing. Progressively reducing the value and color contrast my goal has become an intensifying of an awareness of being on the part of the viewer, through an intense encounter with carefully reduced stimuli.”

Zaloudek’s best known early works from the Milarepa series were realized between 1965 and 1967 and are epononymously named after the Tibetan saint. The Milarepa paintings are infused with oblique erotic content and feature fluid, bifurcated circles centered on monochromatic fields. Author Douglas Hall Kent in 1966 in Art Forum stated, “In his blatantly austere subject matter, Zaloudek discovers a subtlety in the statement and understatement; he achieves this largely through juxtaposition of primary forms with additional planes and the physical limitations of the canvas. The precision with which Zaloudek handles his medium and his scrupulously limited vocabulary of form and space and color, brought into balance by a strict syntax, leaves these Milarepa paintings with a hauntingly dramatic quality.” Although, these works were exhibited during the 60’s in several exhibitions in the United States, including the Whitney Annual in 1969, this series has not been exhibited since. 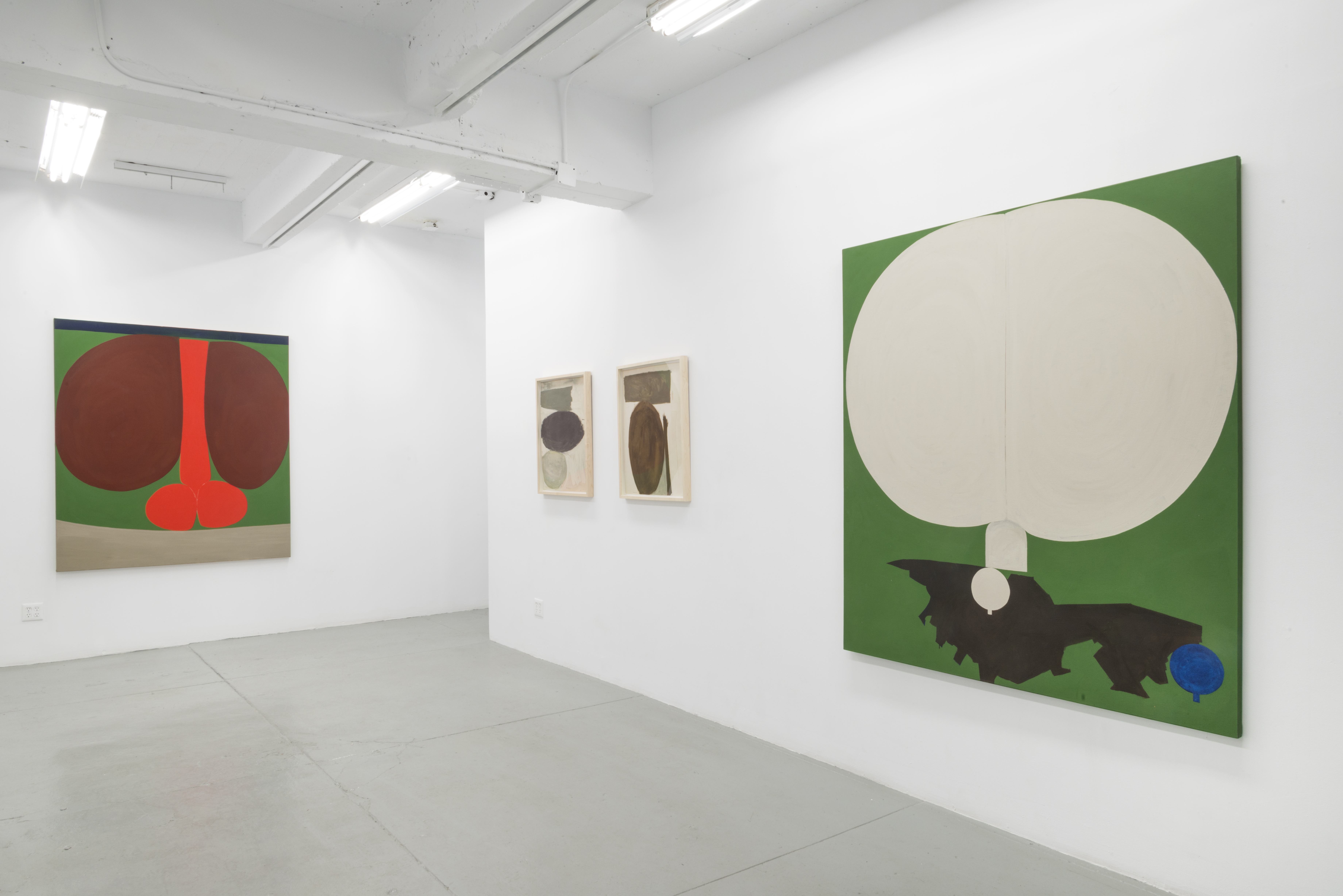 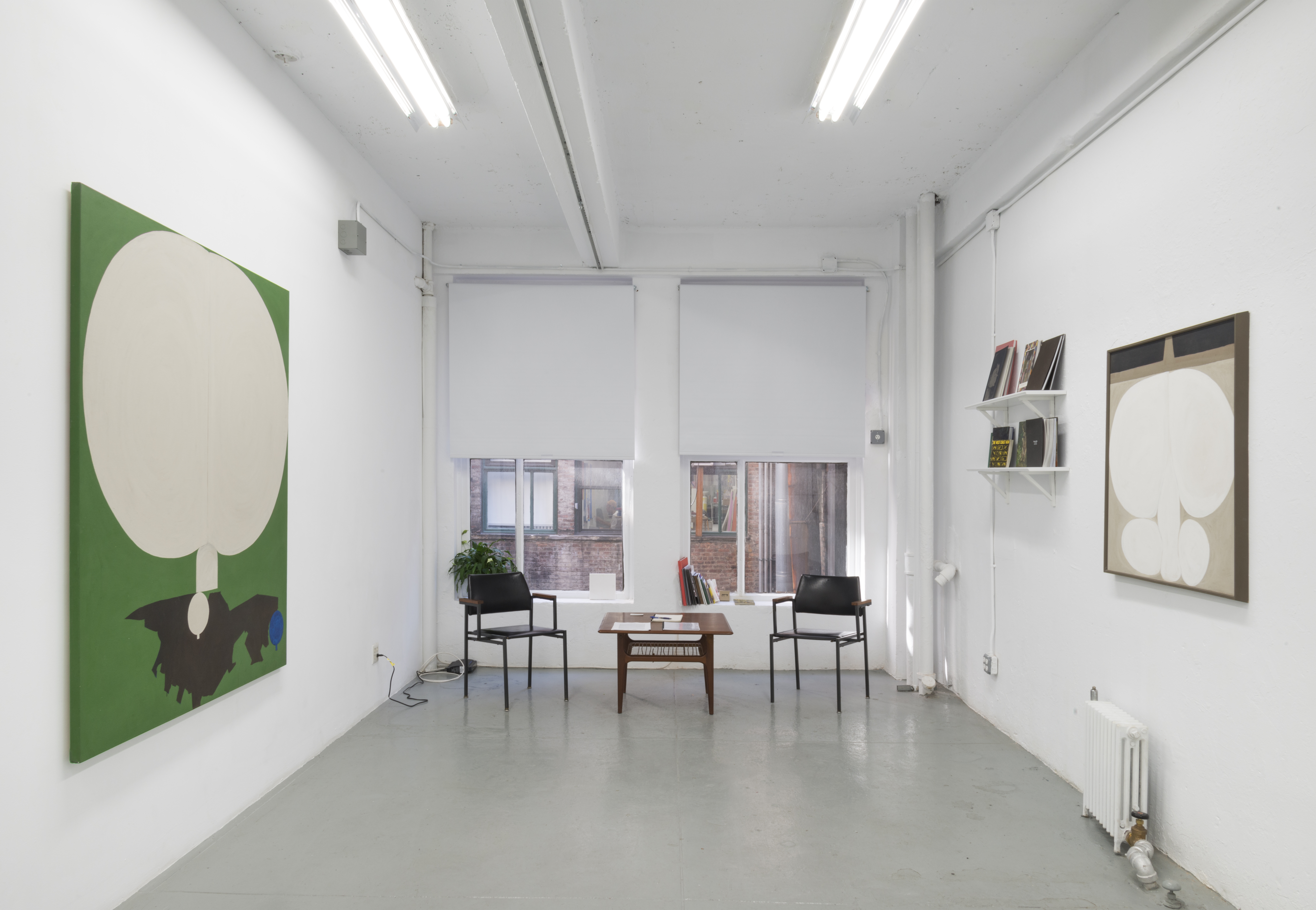 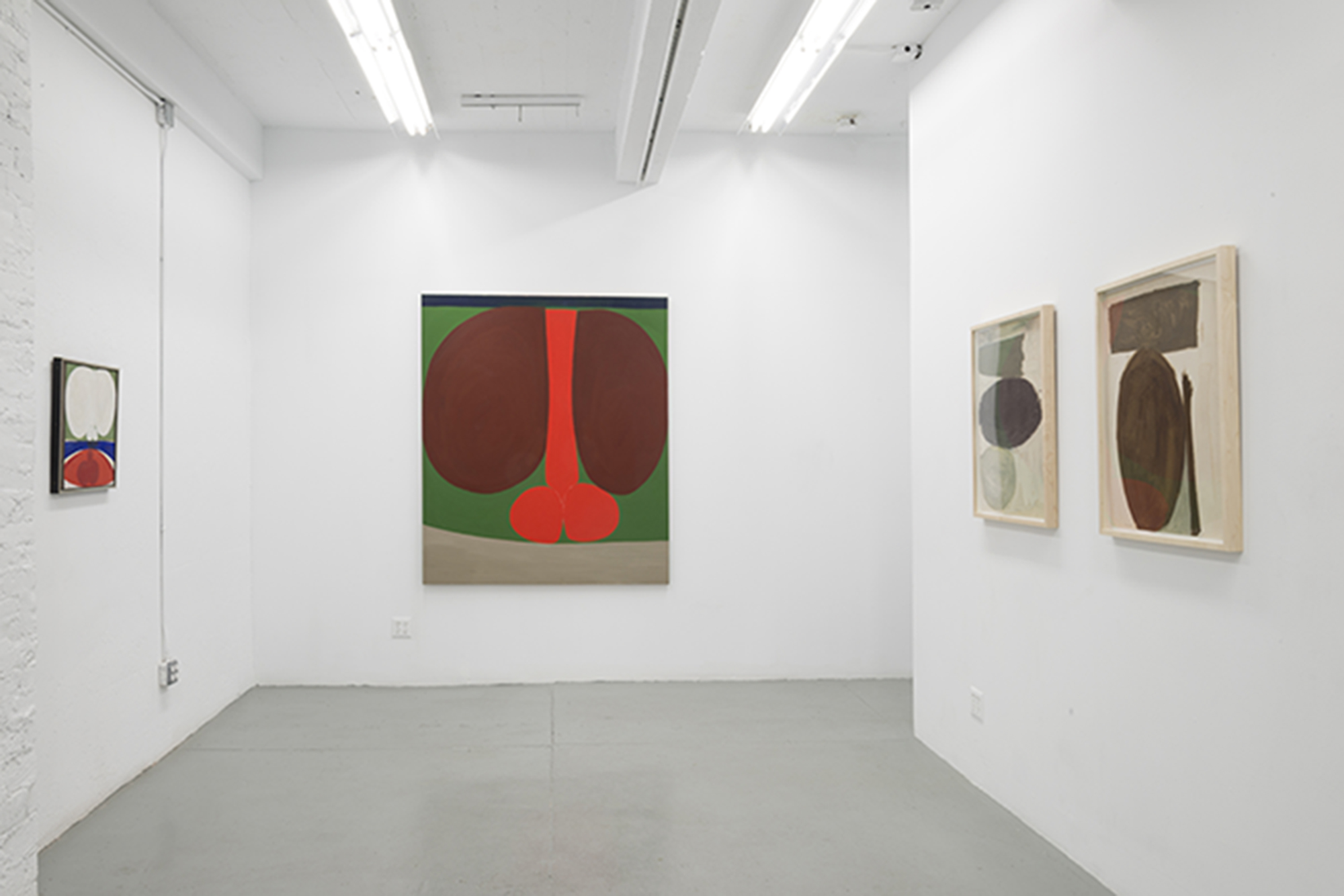 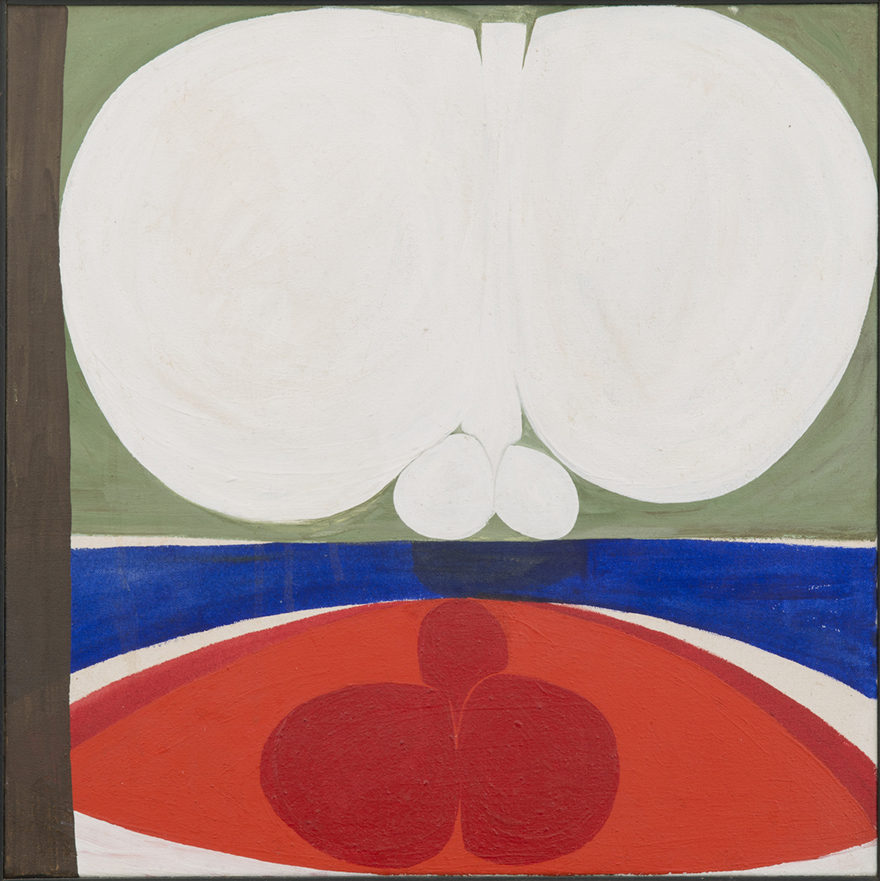 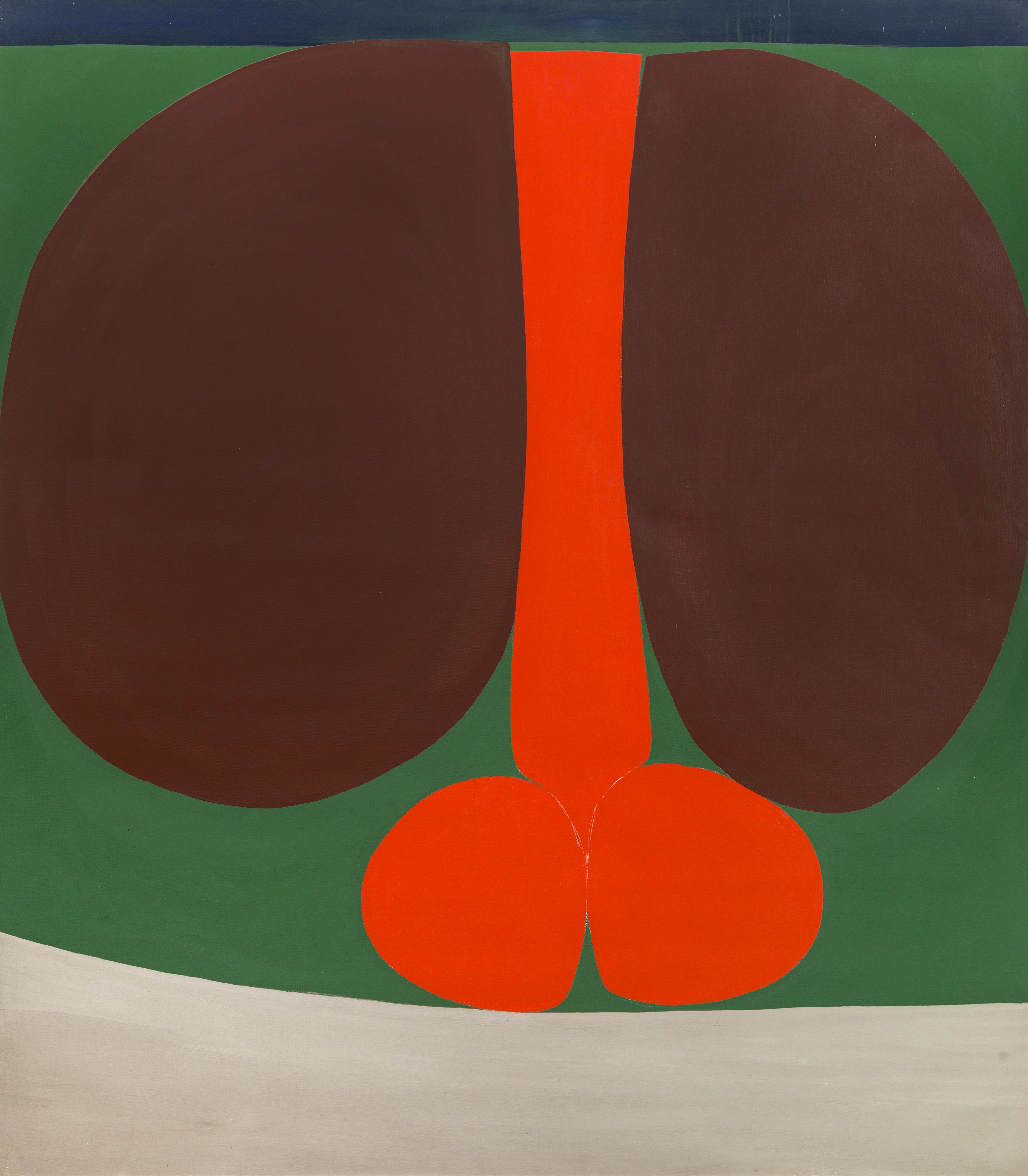 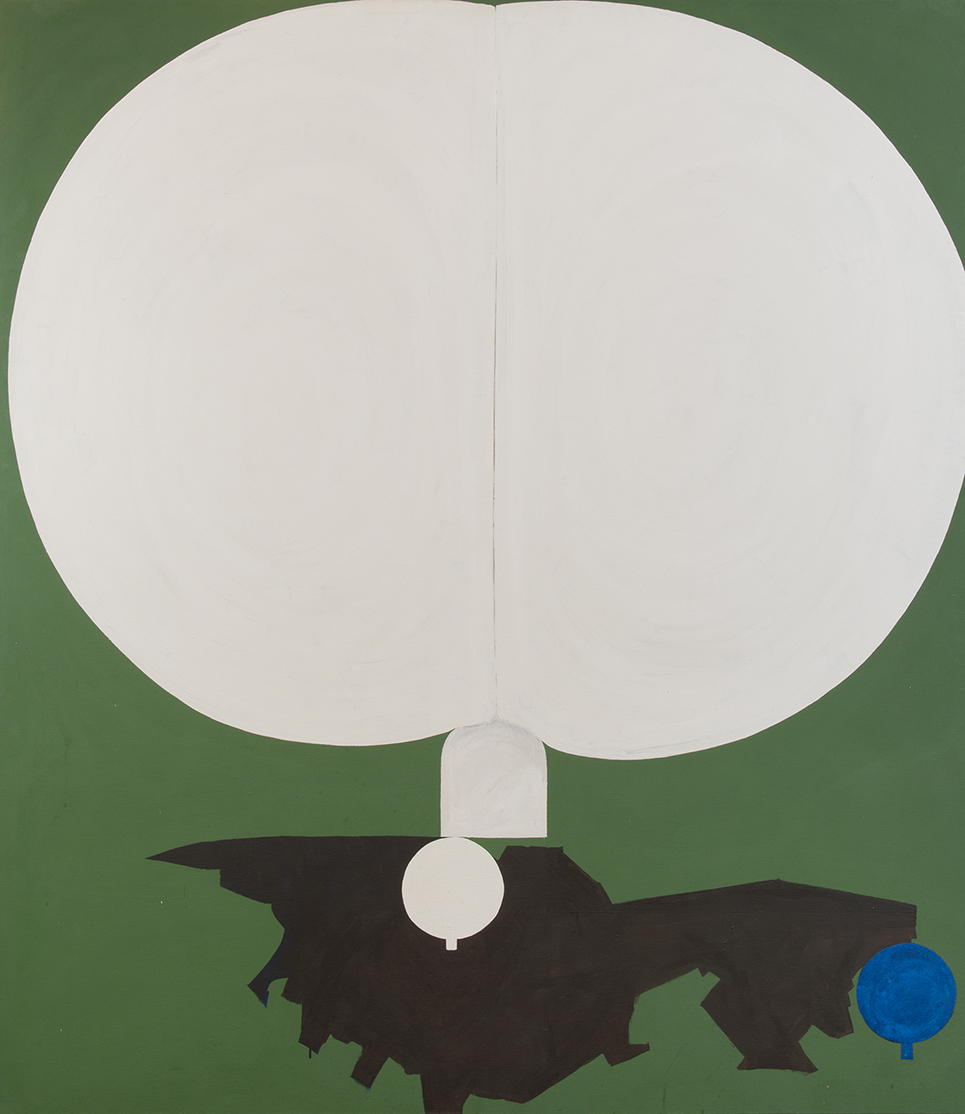 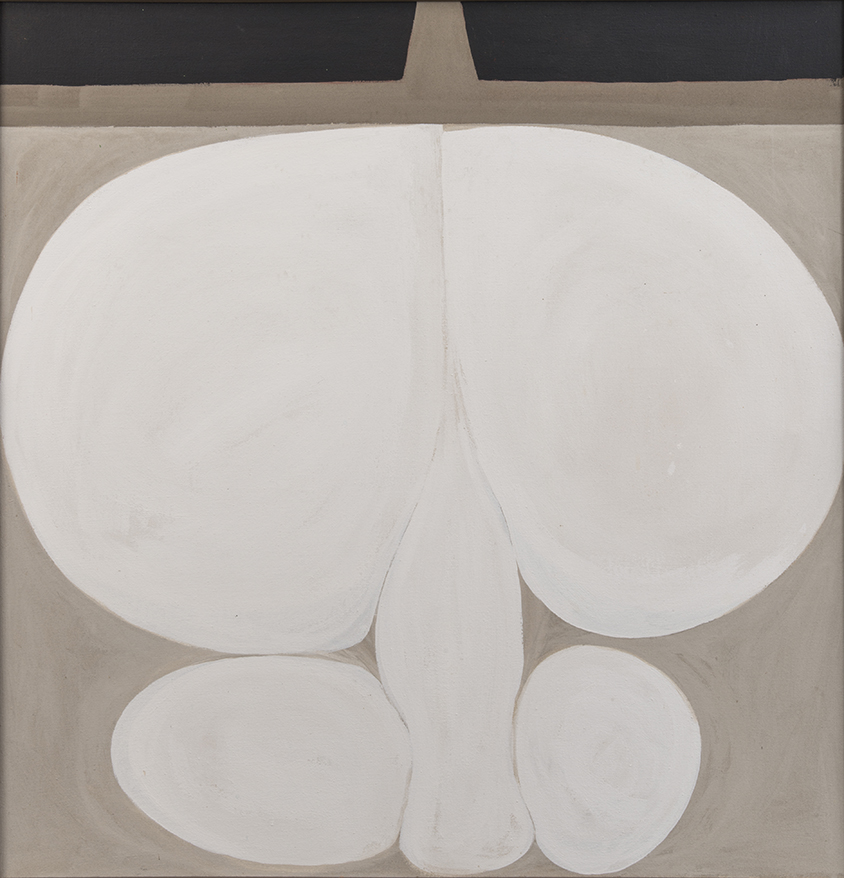