Monitor continues its activities in its new space in New York with a US debut for Italian artist Thomas Braida. (IT 1982). Braida’s work abounds with references to the European painting tradition, drawing particularly  on the iconography of the Renaissance and the Baroque. From evocative landscapes to figures (humans, animal, imaginary) that can be grotesque and at times heroic, every painting offers the     viewer a chance to experience a different story. Each works explores the breadth of human nature and beyond, as everyday reality takes on the features of a fantasy world and vice versa. Braida artfully combines ancient mythology with history or pop culture, reinterpreting all according to his very personal style and creating paintings that transcend both time and space. For his debut show in New York, Braida has selected his most recent, large-scale paintings. The show will be accompanied by an essay by Cornelia Lauf and an interview by Caroline  Corbetta.

There is no push-pull of medium in the history of art, just the wax and wane of movements and ideas, and their material incarnation. Thomas Braida piques our interest more than peripherally because of his excessive mastery of technique. He is an accomplished painter who has frequented one of the most ancient academies of art, Venice, founded early in the 16th century. Bravura is as much his hallmark as his humility toward the corpus of (largely) Western imagery. Braida’s talent lies in gliding over styles that range from Jacopo Tintoretto to James Ensor to Gustave Moreau, to comics from the 1970s, cat paintings, or minor nineteenth century genre studies. Whether riffing off the Internet, and spinning Facebook cover pages from a dizzying array of references, or painting them himself in large and often hallucinatory compositions, it is clear that Braida looks – and quite a lot. He is resolutely sensual, but this writer would bet that Braida’s carnal tastes in art also apply to the starkest of conceptual or minimal vocabularies.
The issue for Braida is not really an exclusion of more so-called “cerebral” modes, but a giving-in to a natural talent that few possess, and showing his prowess, in a below-the-radar way. Braida’s talents are two-fold. First, the awe-inspiring images of apocalypse and allegory he spins, some of which could easily find their resting places on cathedral high altars. His command of myth and religious iconography is prodigious, and unforced. Second, Braida emblematizes an artist on the cusp, a new kind of artist who hovers between being human, physical and present, and virtual. Braida’s paintings are just as riveting in their jpeg version as in the flesh, and it is his ability to communicate digitally as well as in oil paint, which marks his contemporaneity.
Finally, we are looking at an artist who sounds the death knell, finally, to Pop art, precisely because he is so carefree in his references to popular culture, television, digital media – and yet persists in seeking large and universal truths, unabashedly going beyond the reference, and relishing in emotion, feeling, and outspoken sentiment. The interior views, the Last Judgements, the lonesome warrior, the woodland troll, the jungle Myna bird – all these creations delightfully painted tongue-in-cheek, are larger than their subjects, or even creator. What Braida represents is an epoch-defining pivot between East and West. He is a painter located in the city best epitomizing the glory of Byzantium and legacy of the Roman Empire. And his decision is to come down on the side of the image, not the word, and to use the image, like words, without faith in any one iconographic system. Braida has an abilty to superimpose rosters that recalls the experiments of cerebral painters such as De Chirico or Francis Picabia. The Middle Eastern font for that very Gothic art we prize as European has today splintered into factionalism and much of its fertile cradle rendered battleground and scene of horrendous barbarism. The language of modern-day jihad is carried out visually using the black uniform of the artistic avant-garde. Videos, social media, and calligraphy are the weapons in increasingly global wars fought with invisible means, attacks coming in homemade, invasive and clandestine ways. Against this darkness, and with a hope for the future of mankind, stands a young man from Gorizia, who is painting his heart out in a jam-packed studio near Campo Santa Margherita, Venice. His paintings cry out for Culture writ large, and he uses a language that is visible and comprehensible to all. He speaks of redemption and poetry. Of the flesh of women, and the manliness of men. Thomas Braida charms us precisely because of his language of chivalry, of décor, of love for the past, and transgression with its models, with never an iota of desecration. To this writer, there is a holy act in the work of Braida. An evidence of someone who loves art as material fact. His own particular technical bravura has equipped him with paintbrush, color, and the ability to conjure atmosphere. And the capacity to meld themes of universal interest and appeal, with a pictorial language that is never banal. Thomas Braida, and his deadpan takes on Géricault, Sunday painters, Titian, and dozens of other references, demonstrates a unique young talent and capacity to make beauty. 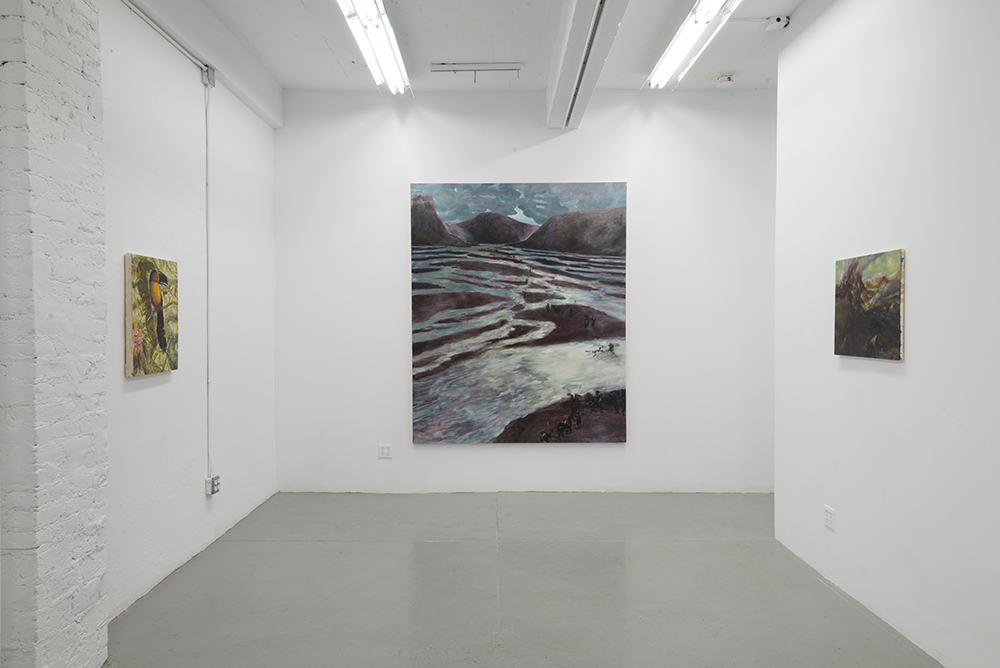 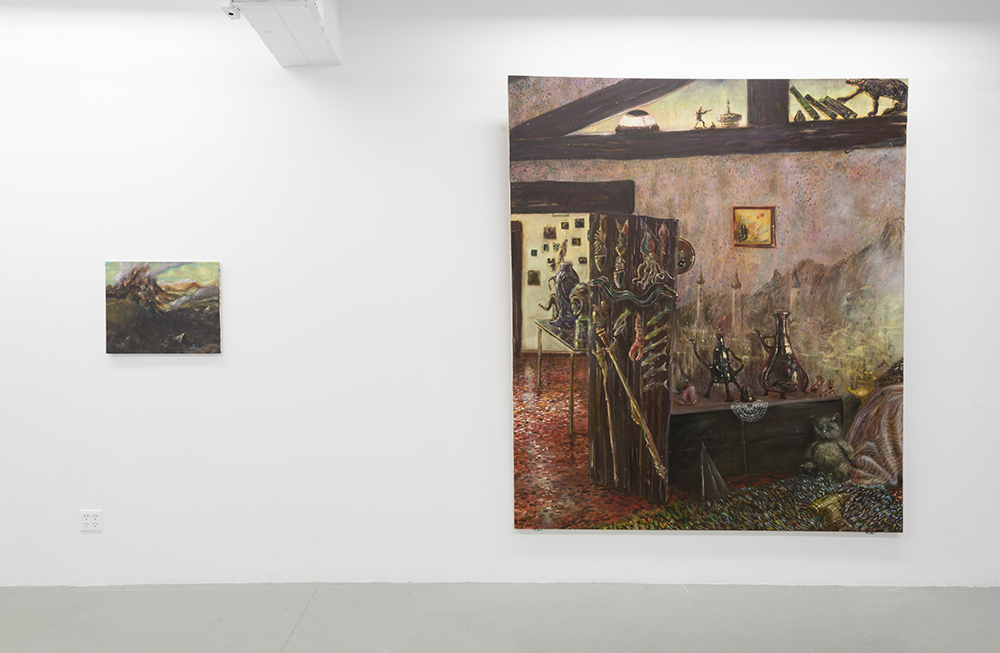 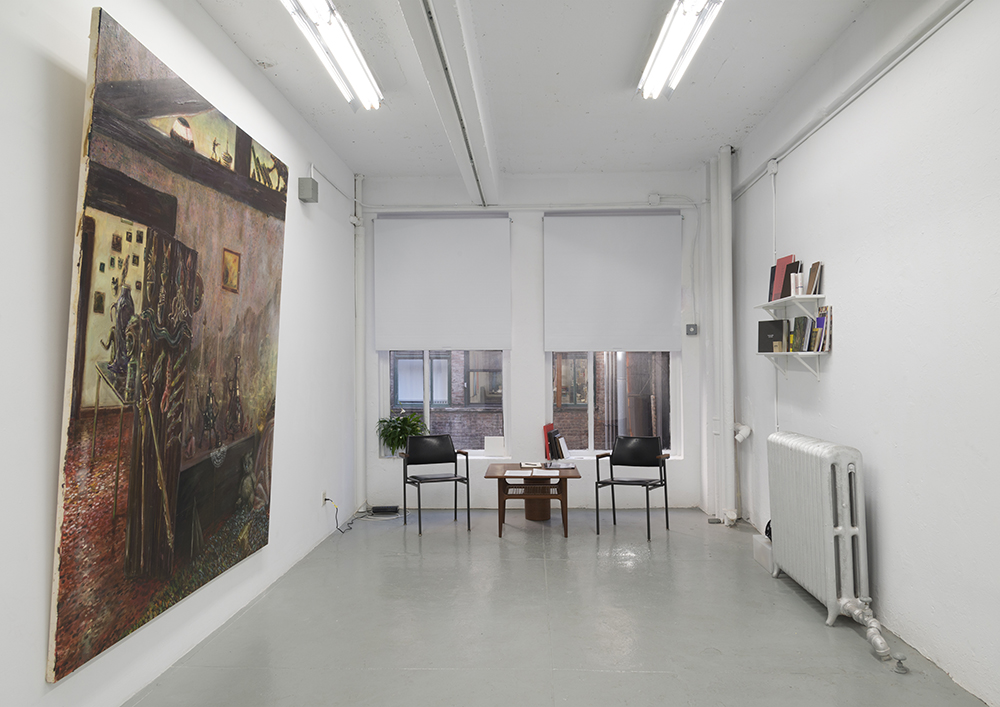 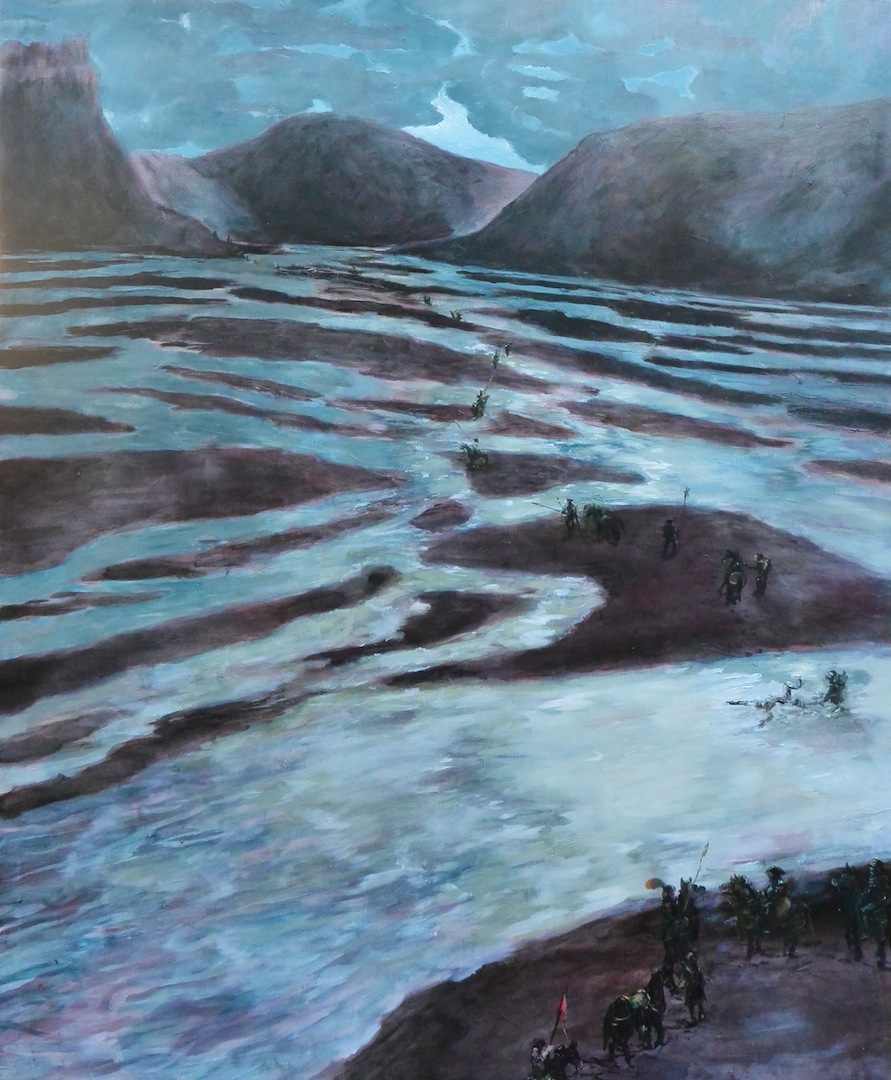 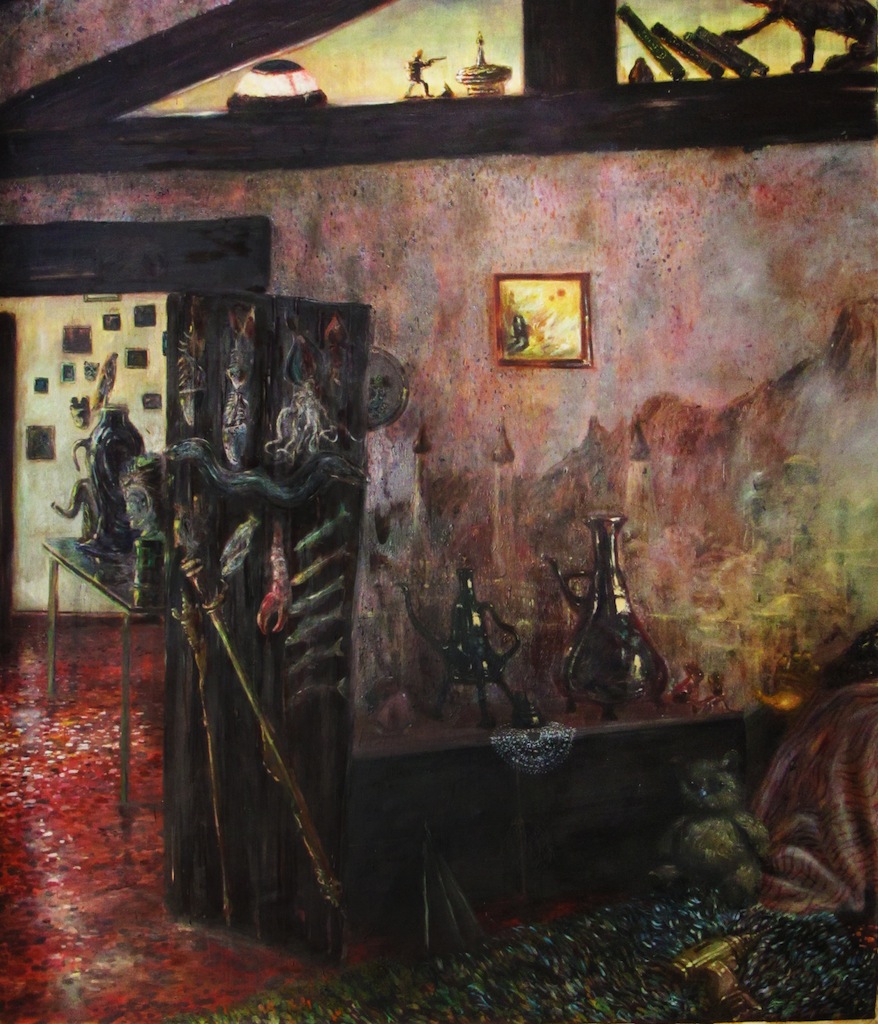 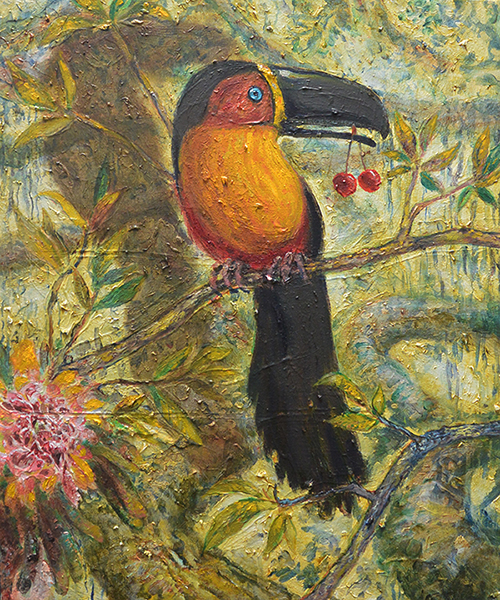 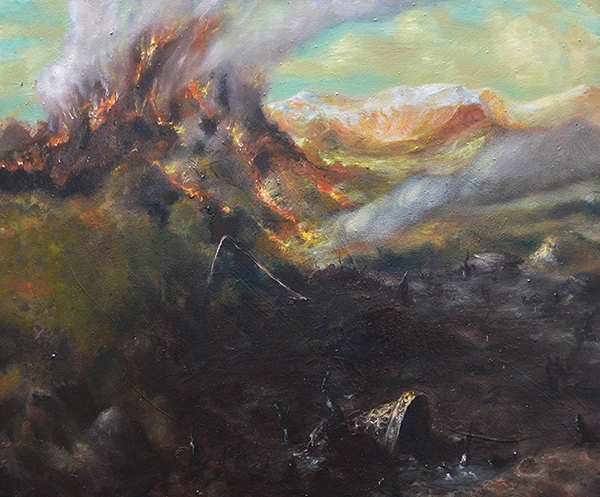