2022
Grandi Piccolini The Shape of Paint to Come, Monitor, Roma

The first work by Braida that I ever saw, which struck me immediately, was his “I tappi” series. It was in 2010 in Venice, during the selections for the 94th Giovani Artisti group show put on by the Fondazione Bevilacqua La Masa, and that first impression has remained with me ever since. The series penetrated my brain and, shortly after, my own home, where I can face it whenever I please. Made up of monstrous creatures generated by Braida’s imagination, the different elements of the series are swirled together by heavily laden brushstrokes evocative of the great masters, cartoons, films or pop culture in general. It is rare for me to be taken so viscerally by an artist’s work on first sight and to remain obsessed by it. The last time it happened was in 2002 with Nathalie Djurberg, but that’s another story… Let’s talk about Thomas Braida now or, to be more precise, with Thomas Braida, even though this can be a little hard because he is by no means loquacious. By contrast he paints and draws practically all the time, as if driven by an irrepressible urge. If such a thing as a painting demon exists, I can vouch that Thomas is possessed by it. My first question to him, therefore, is this:

CC – What would you do if you were to stop painting?

TB – So many beautiful things, I’m creative. I amuse myself with all kinds of activities – cooking, eating, moulding clay, planting plants, making (and tasting) grappa teas, bricolage, looking after cats. I think I would live in the country, read and paint beautiful landscapes, so you see in the end I wouldn’t stop painting.

CC – Rather than saying you simply “use” the painting medium, you define yourself with the slightly anachronistic term “painter”. But ultimately you really couldn’t care less – you are out of fashion, out of the trend and yet so within the flux of art history. And that is your strength. Are you aware of the fact that you paint well, so intensely and with such honesty?

TB – Yes, well, sooner or later you realise. But it’s not my fault and to me it’s the least you can do when you paint. Painting is not a job you can do well if you have your eye on trends.

CC – Where are you from?

TB – From Friuli, I am a bisiacco and only moved recently to Venice. But I make sure my hometown accent sticks.

CC – What do you see when you look in the mirror?

TB – That I am getting older, losing my hair, but that I still have the same old son of a bitch face for 30 years and I think that’s just great.

CC – Your favourite artists, from today or from the past, and why.

TB – It’s hard to choose just one but right now I would say Rothko, for his unshakeability.

CC – Where do you start from when embarking on a new painting? The titles – so often highly evocative in your work – do you conceive them on completion or at the outset?

TB – First there is an idea, then a sketch, or the other way round. The title is the most beautiful and important element of a work, and inseparable from it – a soft accompaniment with its own tempo and infinite nuances alongside the painting.

CC – How do you relate to the public? When you paint, for example, do you have in mind the reaction you will provoke or is it irrelevant to you? Is it important that your painting is appreciated?

TB – It must be appreciated, or rather understood, even if only at an instinctive level – it must be felt. I don’t exactly have the public in mind as I paint but, after all, this is communication, so I strive to tell them something.

CC – When I first met you, you were painting on just about anything – lids but also plates, magazine pages, daily objects, even weighing scales. Lately though you have shown me only very conventional format paintings on canvas – what’s happened? Have you conformed to the system by producing only pieces that have a good market potential?

TB – Well obviously. “la vita amico mio è l arte dell’incontro” [title of a 1969 album by Vinicius De Moraes and Giuseppe Ungaretti, which translates as “life, my friend, is the art of an encounter”]. No seriously, I’m just kidding, at the moment I am in fact almost forcing myself to concentrate on the traditional painting format because right now it is useful for my research. It obliges me to work only on what is in there – the narrative. I still paint on everything, it’s just that I don’t show that part of my work.

CC – There are no monstrous creatures in the three pieces you are bringing to New York – a domestic interior, a landscape and a toucan. Is your inner world growing calmer or is your tension manifesting itself in other forms?

TB – You just answered that question yourself. Yes, certain things are more disturbing than monsters but in any case my monsters were always friendly. Maybe I am seeing a lot less friendliness around.

CC – The titles of the three works at your New York solo show are Camera veneziana [Venetian room], Sulla via per Damasco [On the road to Damascus] and Il pappagallo e le ciliegie [The parrot and the cherries], even though the parrot is in fact a toucan. Are the works in any way related?

TB – As little as possible. They represent a broad spectrum of what I am able to do with my hands in terms of my painting abilities.

CC – What does New York mean for you?

CC – Tell me something about your Facebook page… You paint in the very traditional medium of oils, your subjects are frequently drawn from classical mythology, fairy tales or religious parables. You dress like a retired mountain climber and yet you are in your thirties, with your Facebook page that you keep updated all the time. What is the sense of Facebook for you?

TB – It’s fun, it’s useful. And it’s exciting to get “likes”. It’s an excellent communication tool, I think, particularly in Italy. You can shove all kinds of stuff in there – stupid stuff, a bit of culture – and almost force people to look at it. It’s a way of attracting attention.

CC – What has stayed with you most from your site-specific solo show at the Crepaccio in Milan, in 2012, and the Padiglione Crepaccio group show of young Venetian artists at the Venice Biennale in 2013, the two most important events of yours that I have curated to date?

TB – I felt I was playing on home turf.

CC – Tell me about your involvement in the “Shit and die” show curated by Cattelan?

TB – Weird, effective but luckily less absurd than I had imagined, also because I managed to tiptoe through the experience on my own terms.

CC – Well yes, in fact. You brought along three artist friends of yours and you collectively produced a series of portraits that Cattelan had commissioned of prominent Turin personalities, each one of you hiding any recognisable stylistic traits of the other three. Quite a feat of concealment, it must be said, particularly in a context where everyone – and especially the young – do their utmost to gain maximum visibility. In any case, what are your forthcoming projects? 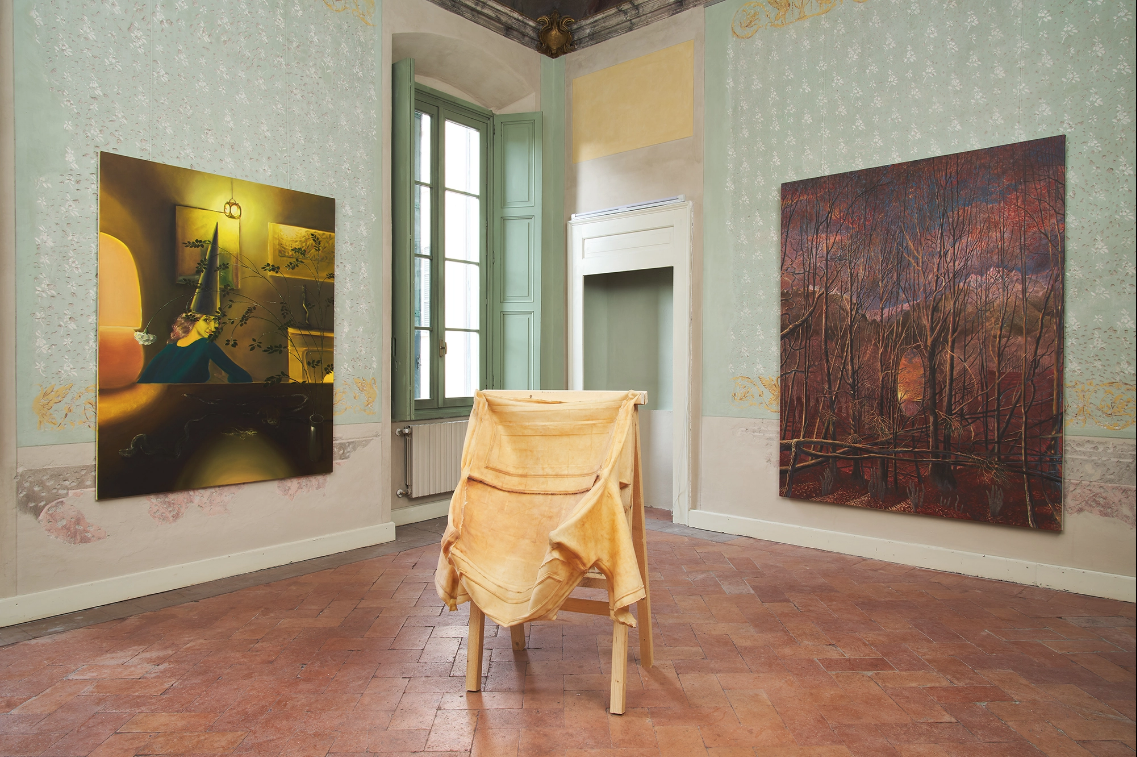 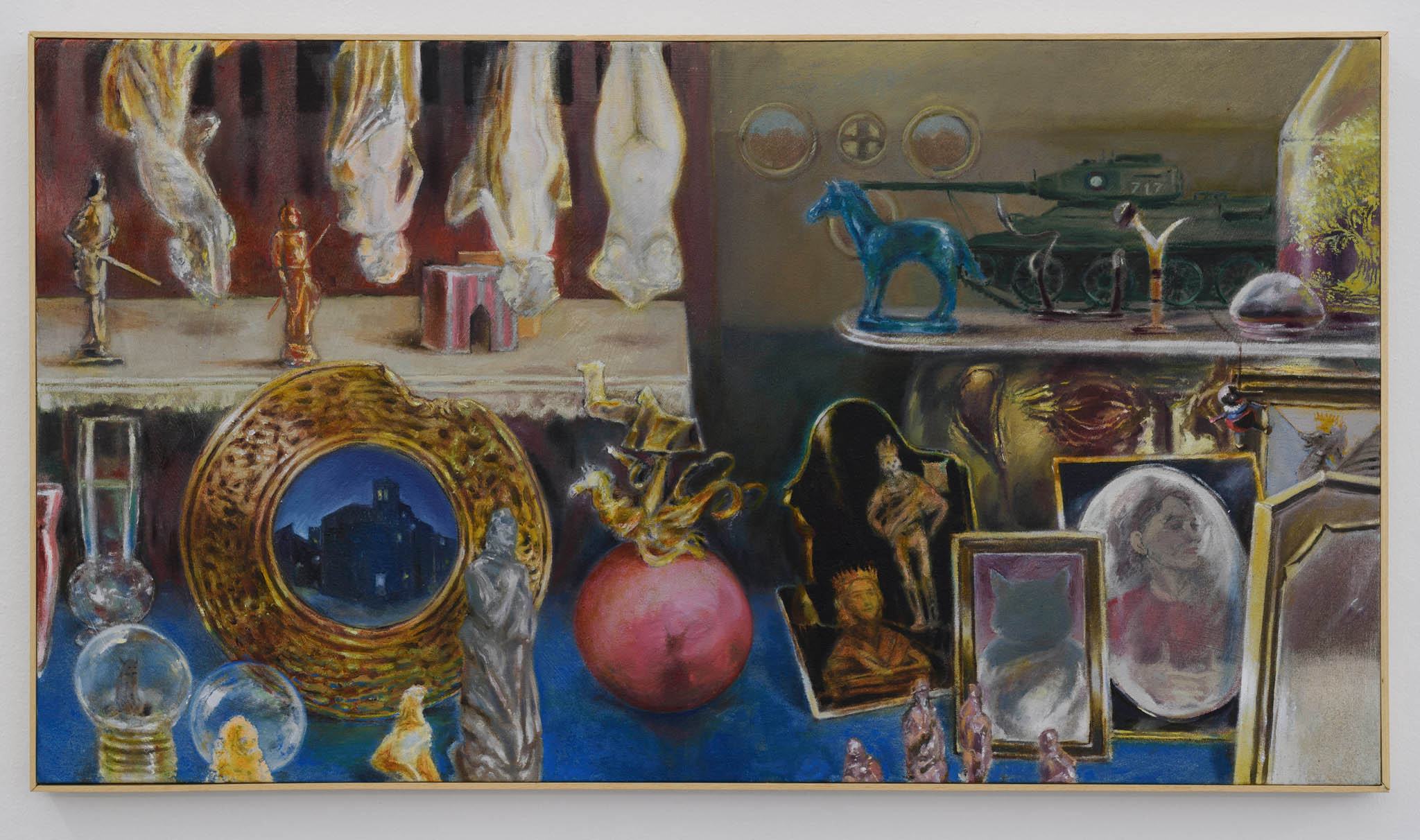 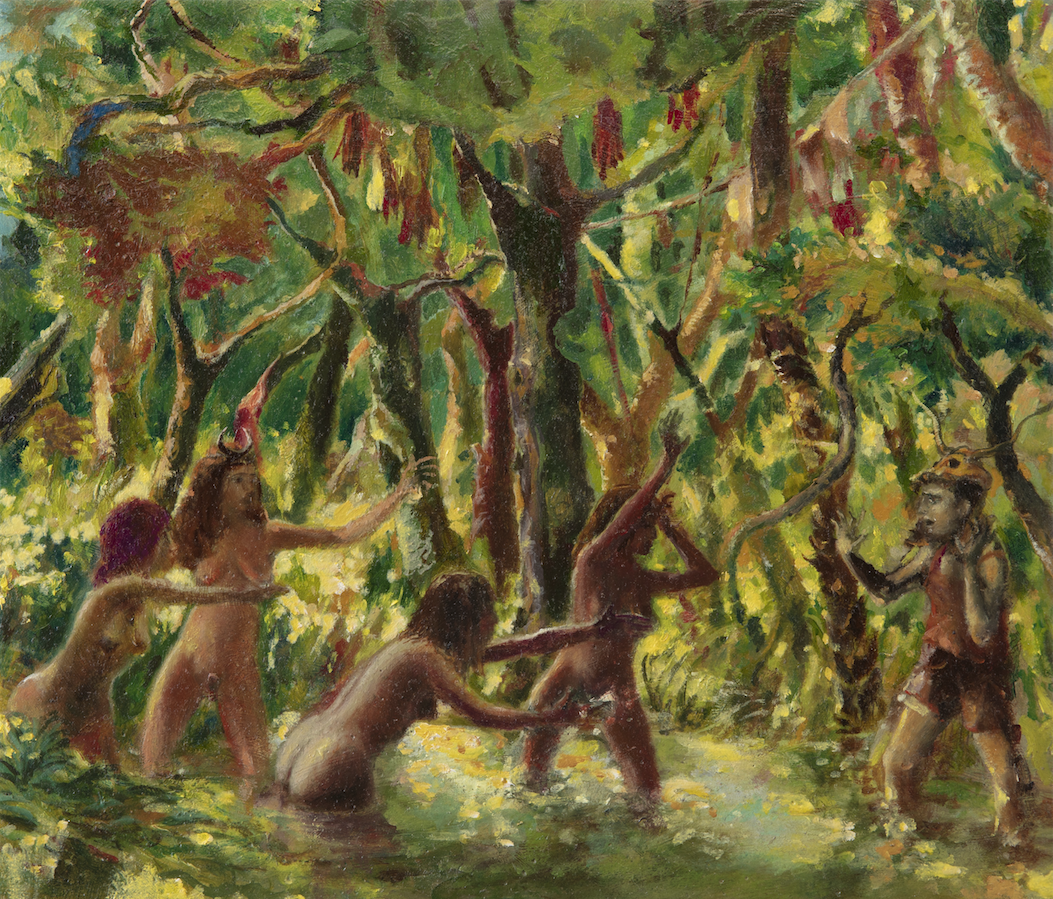 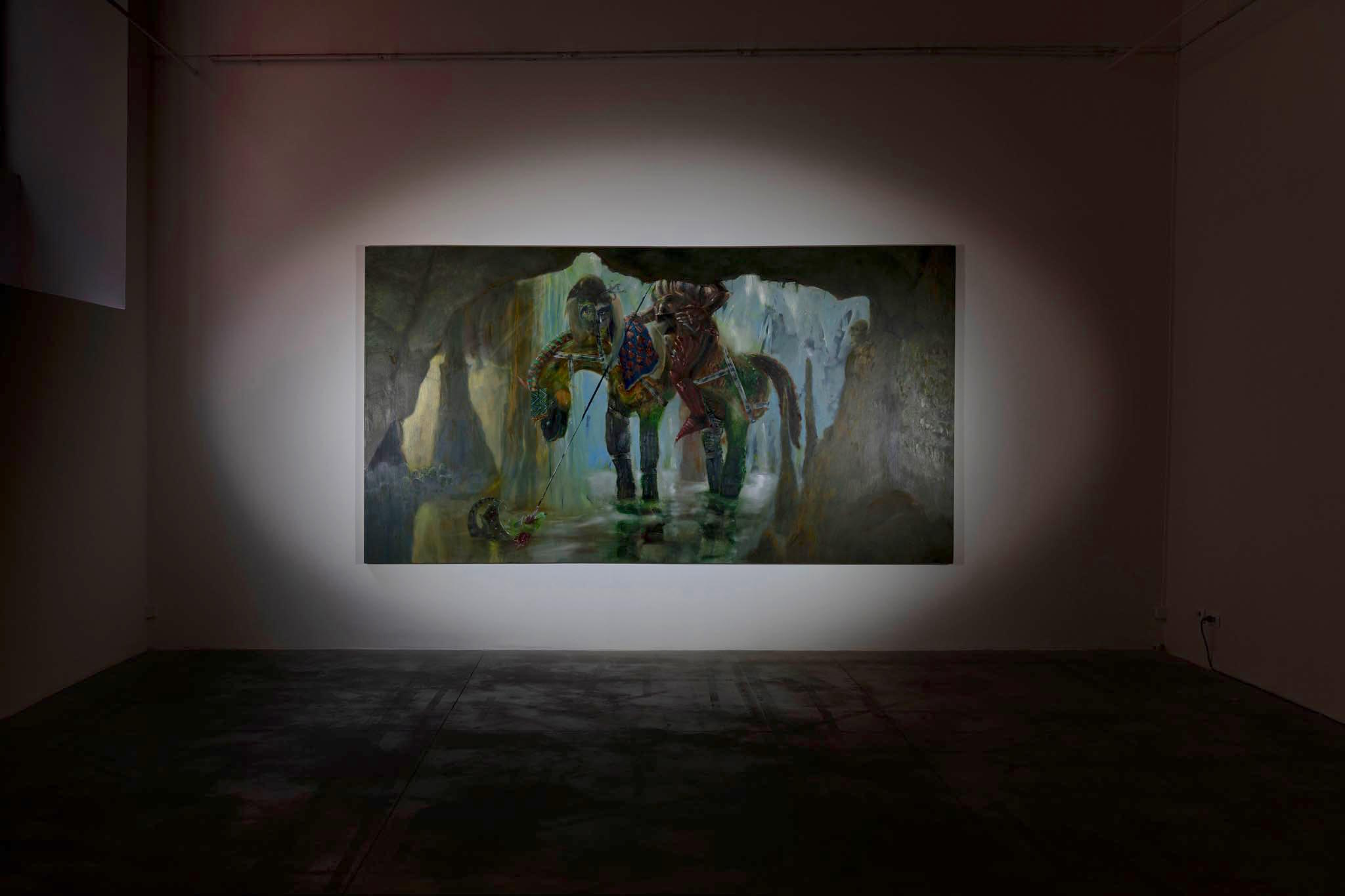 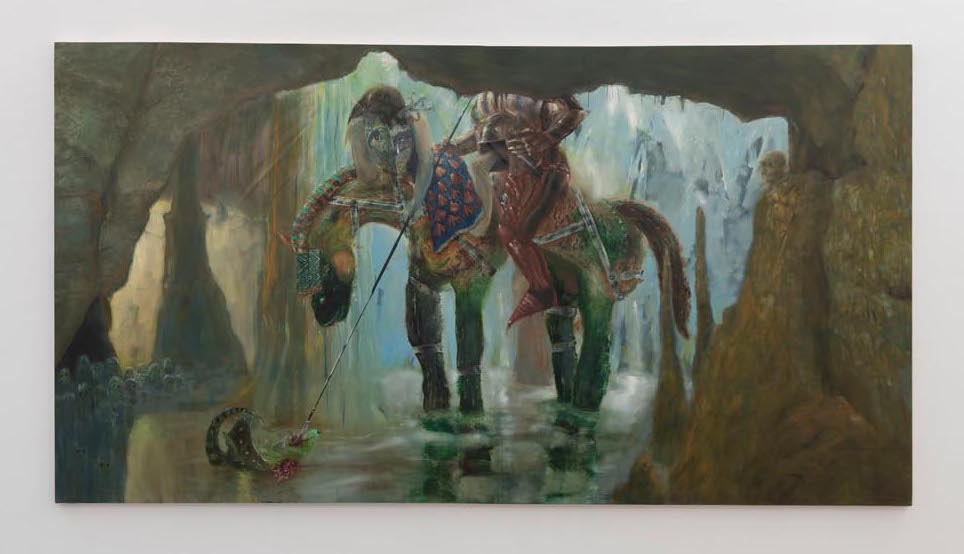 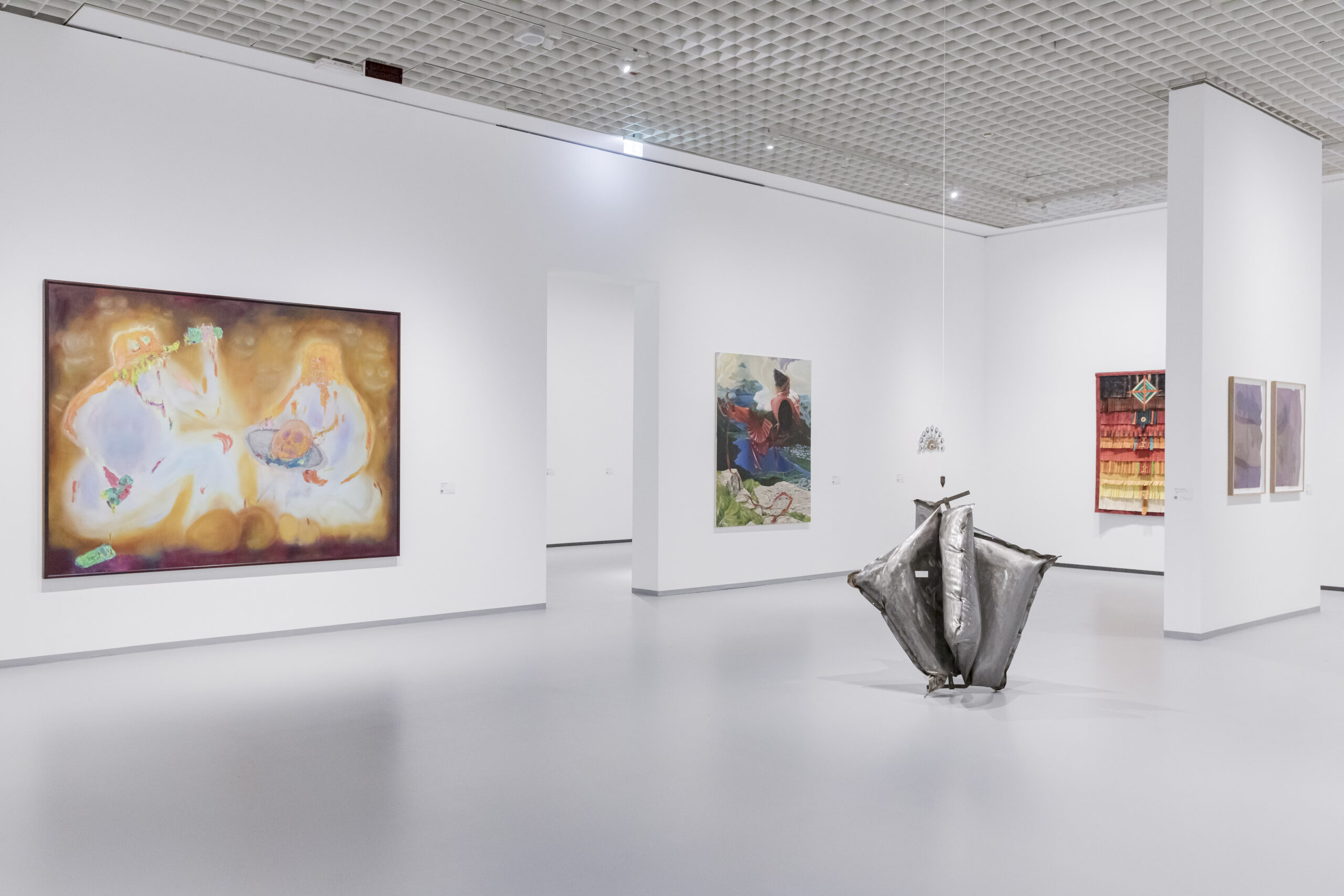 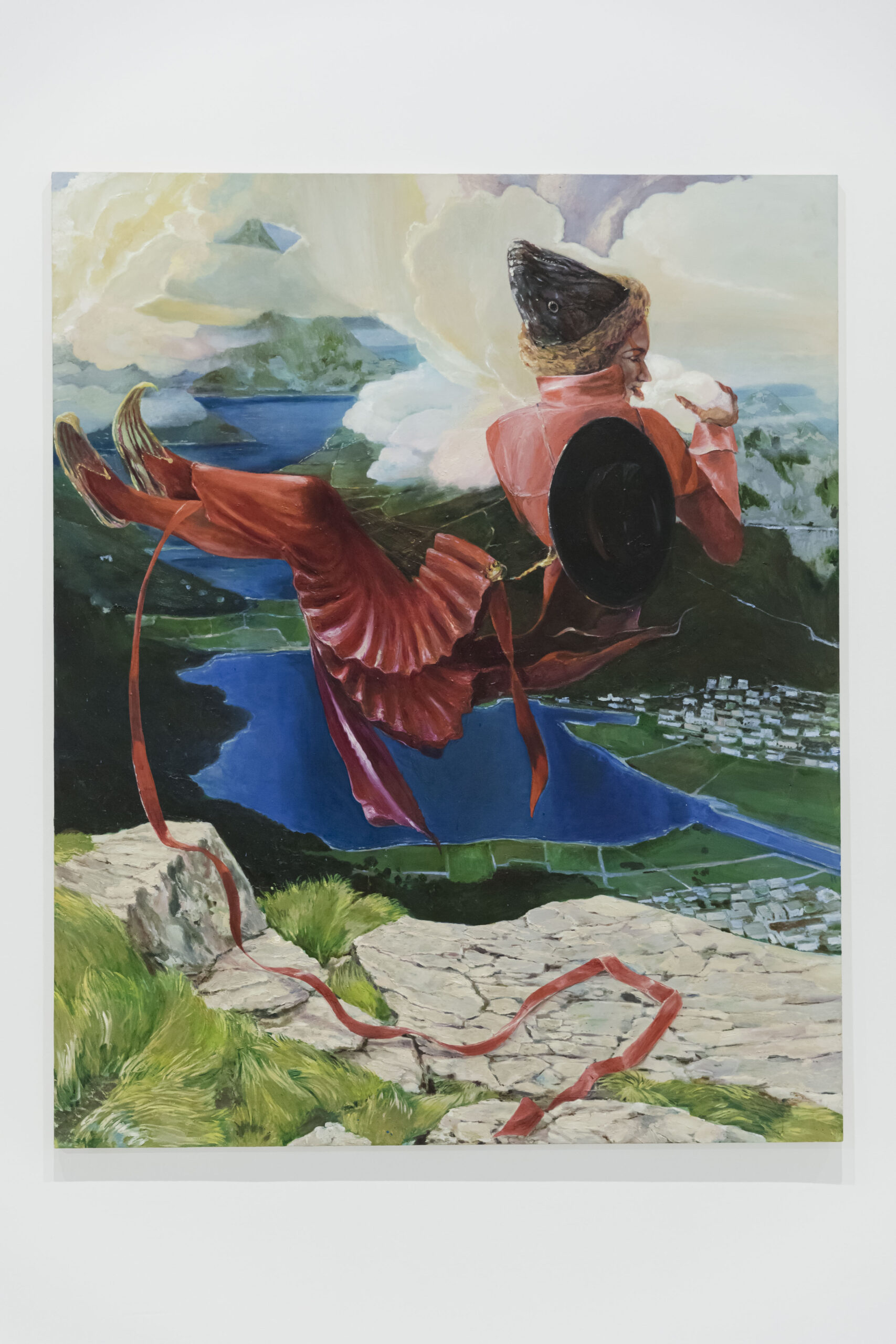 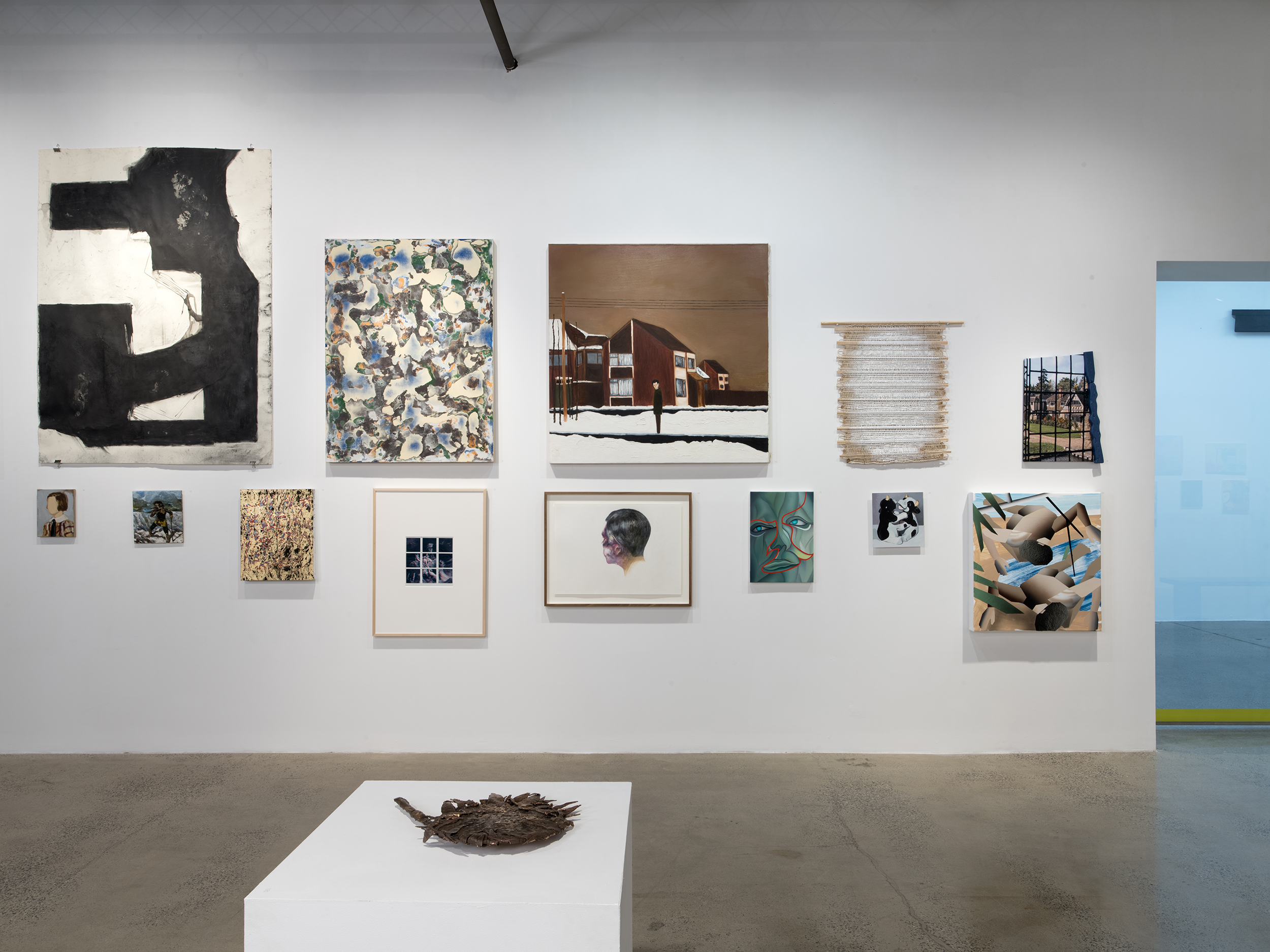 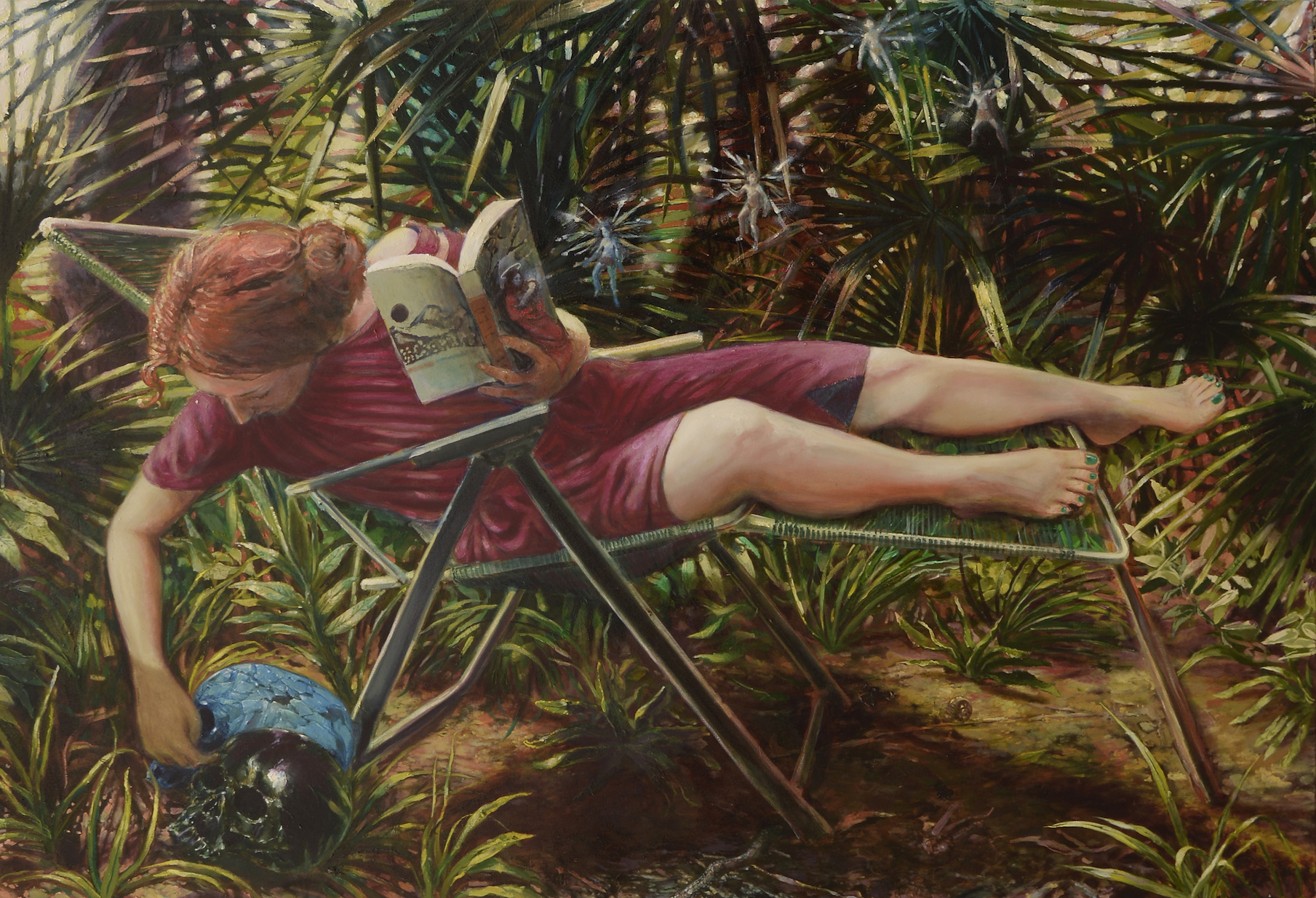 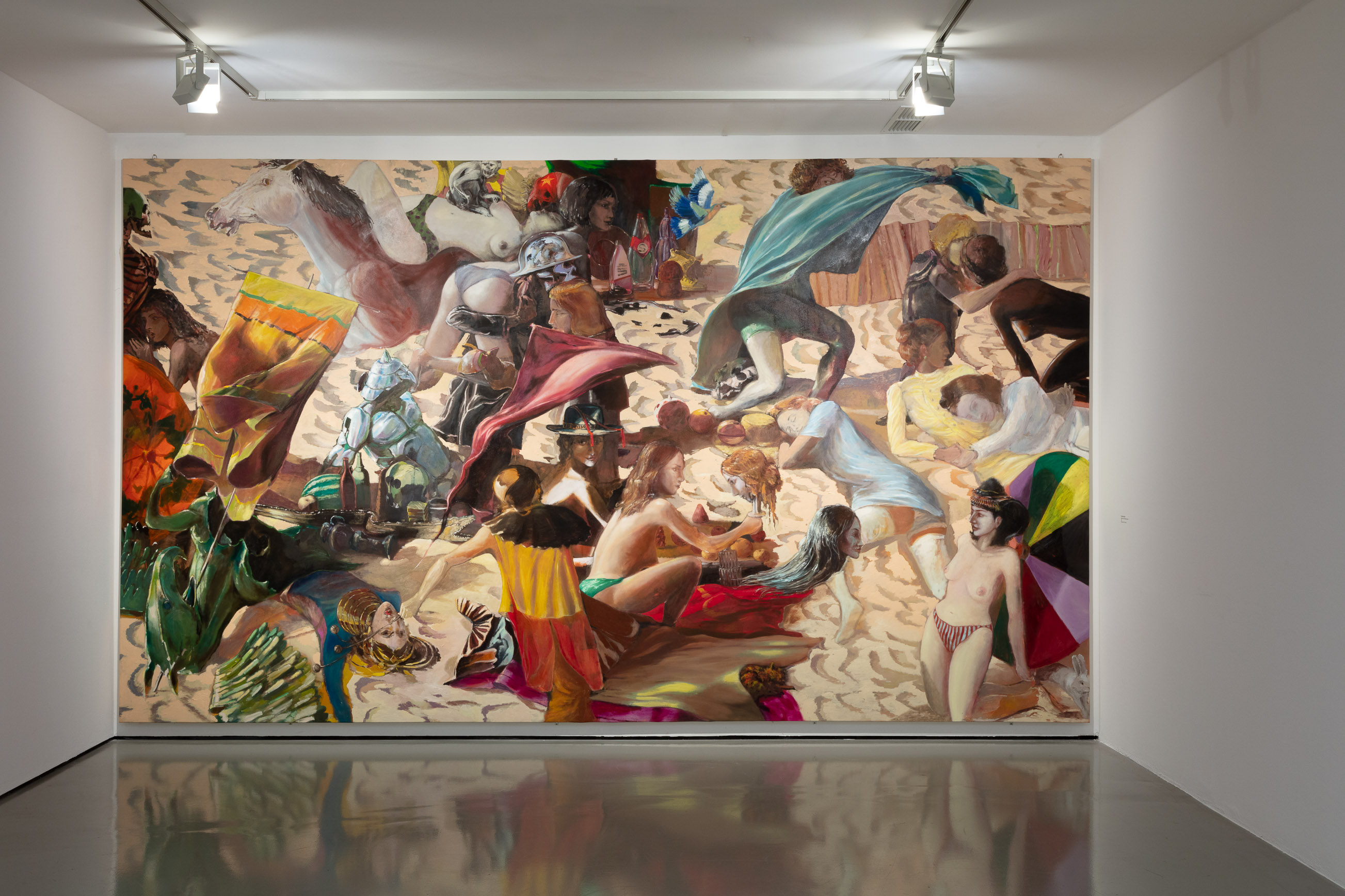 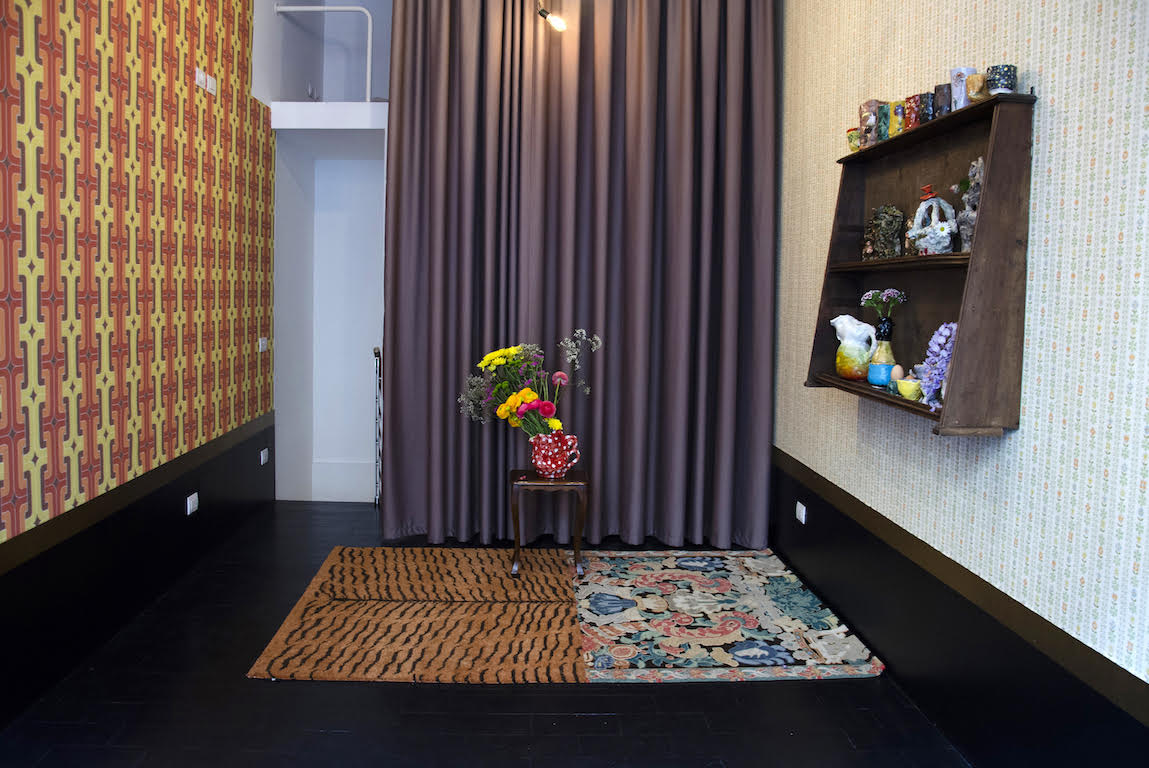 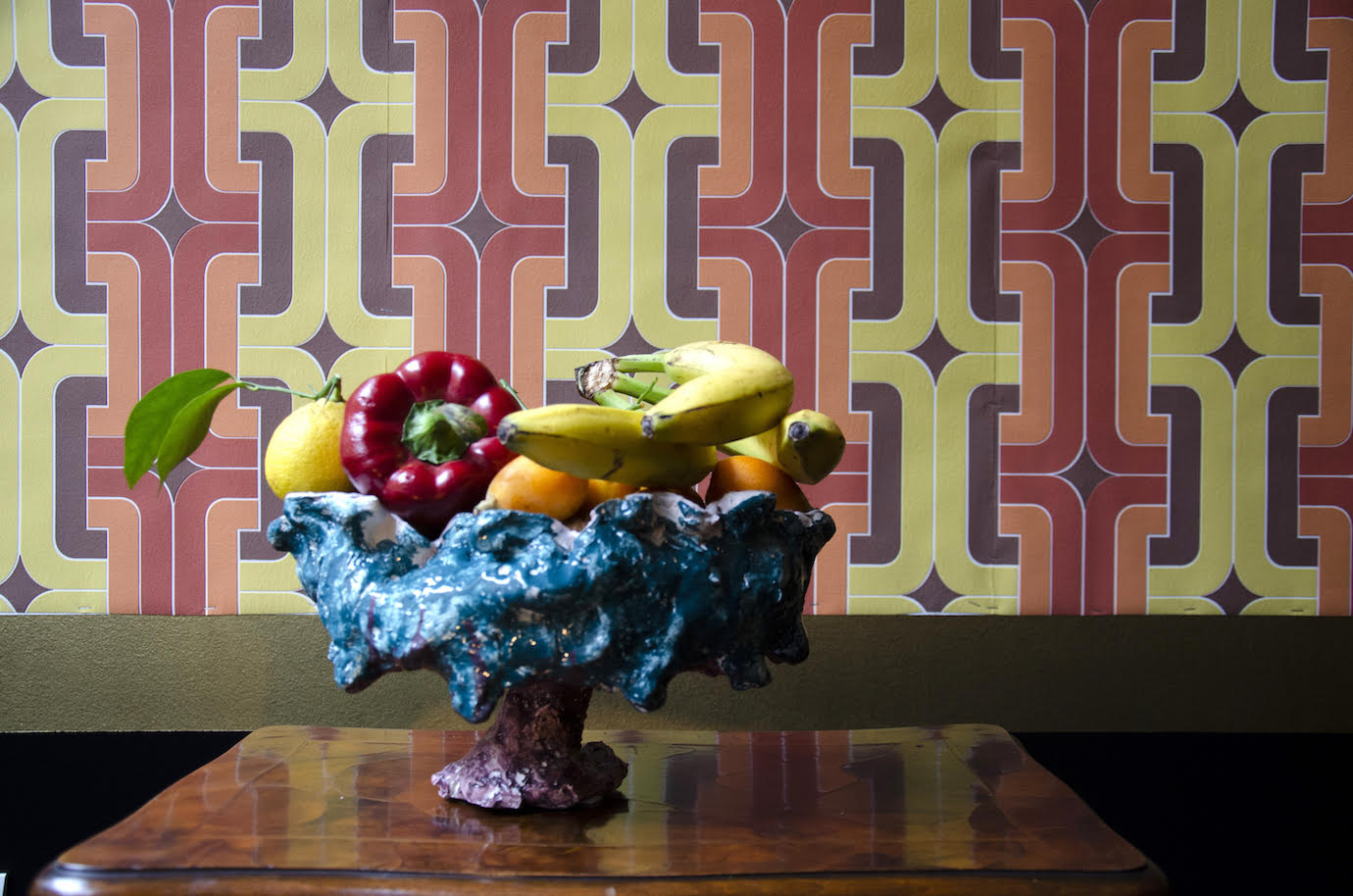 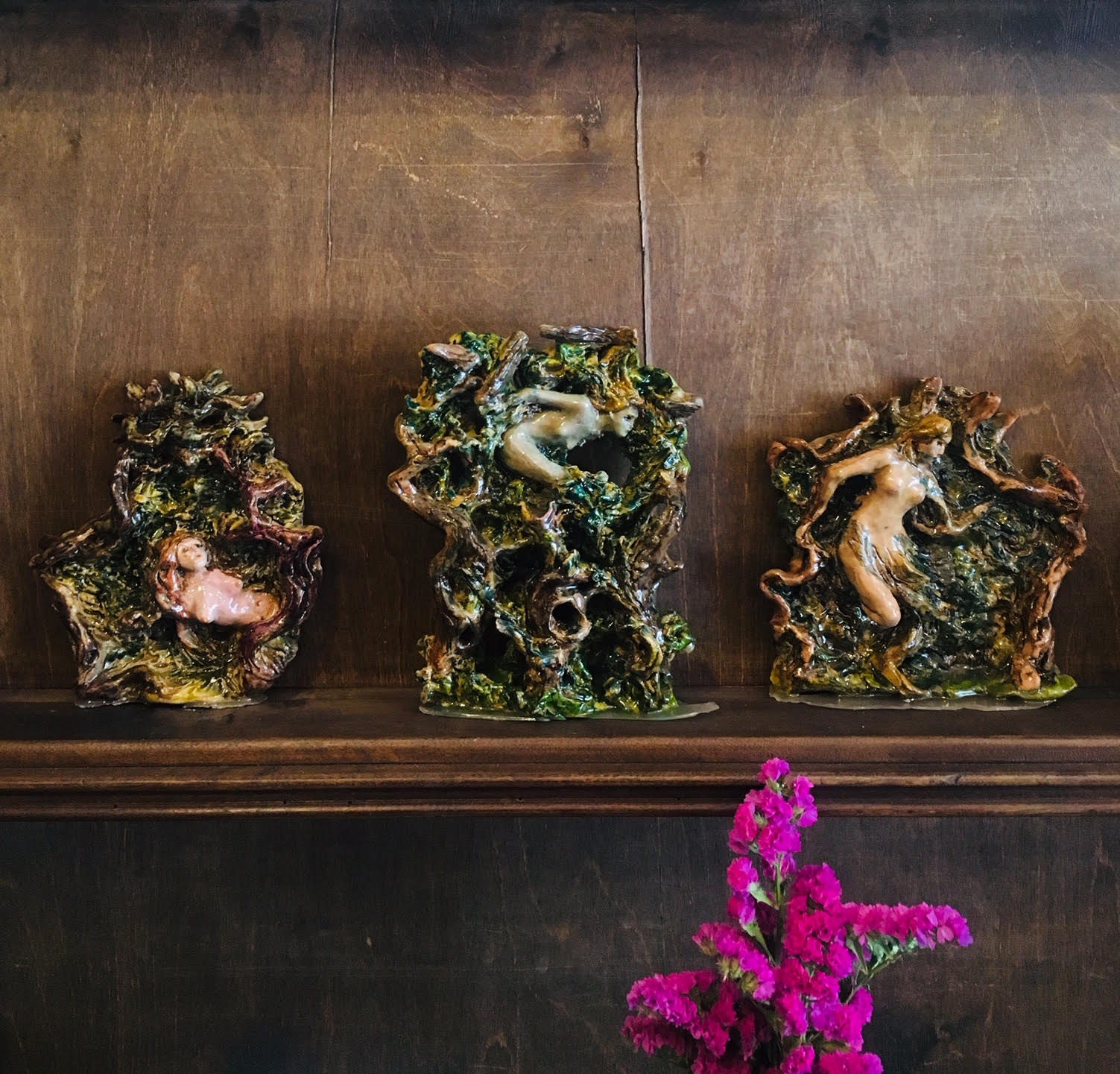 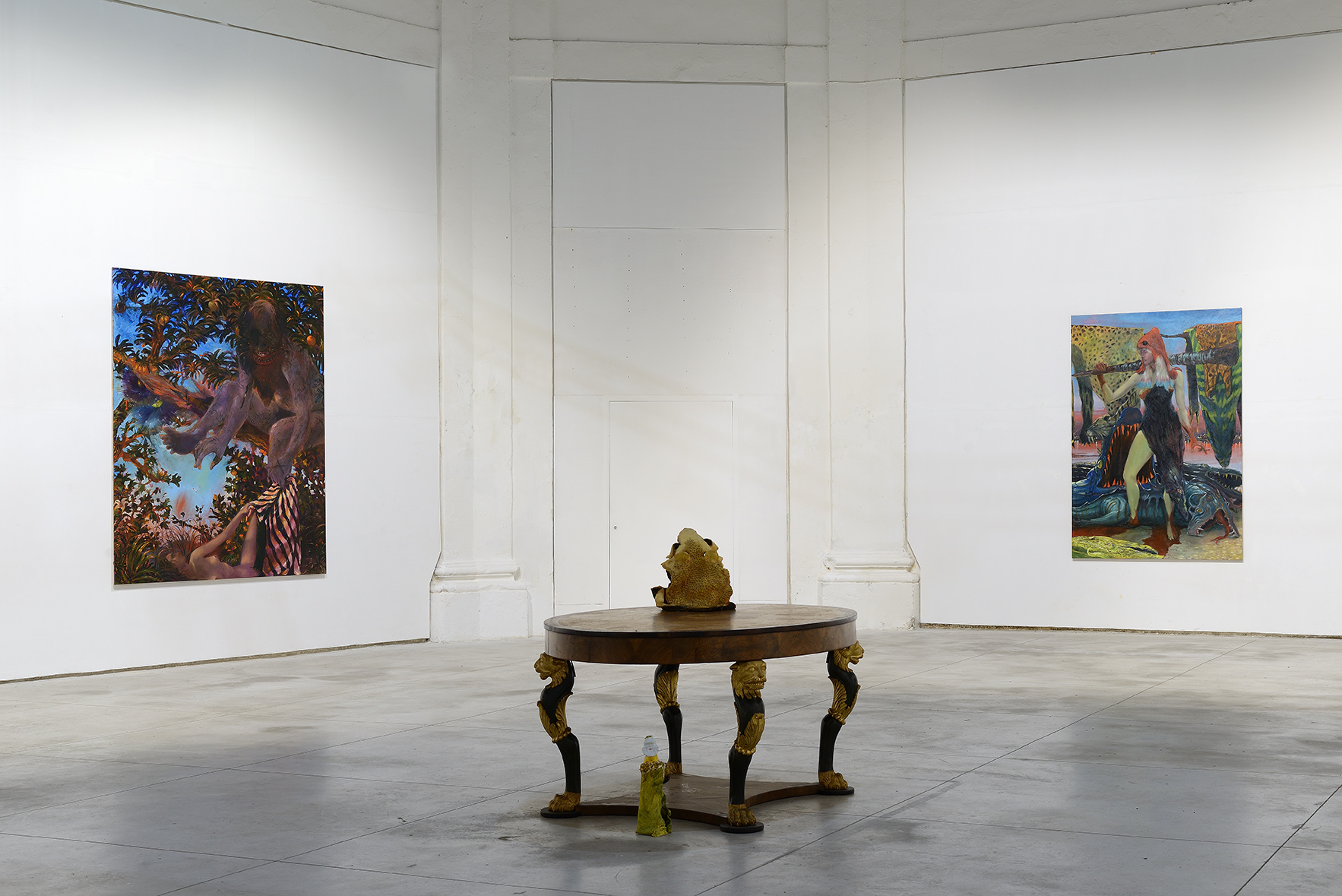 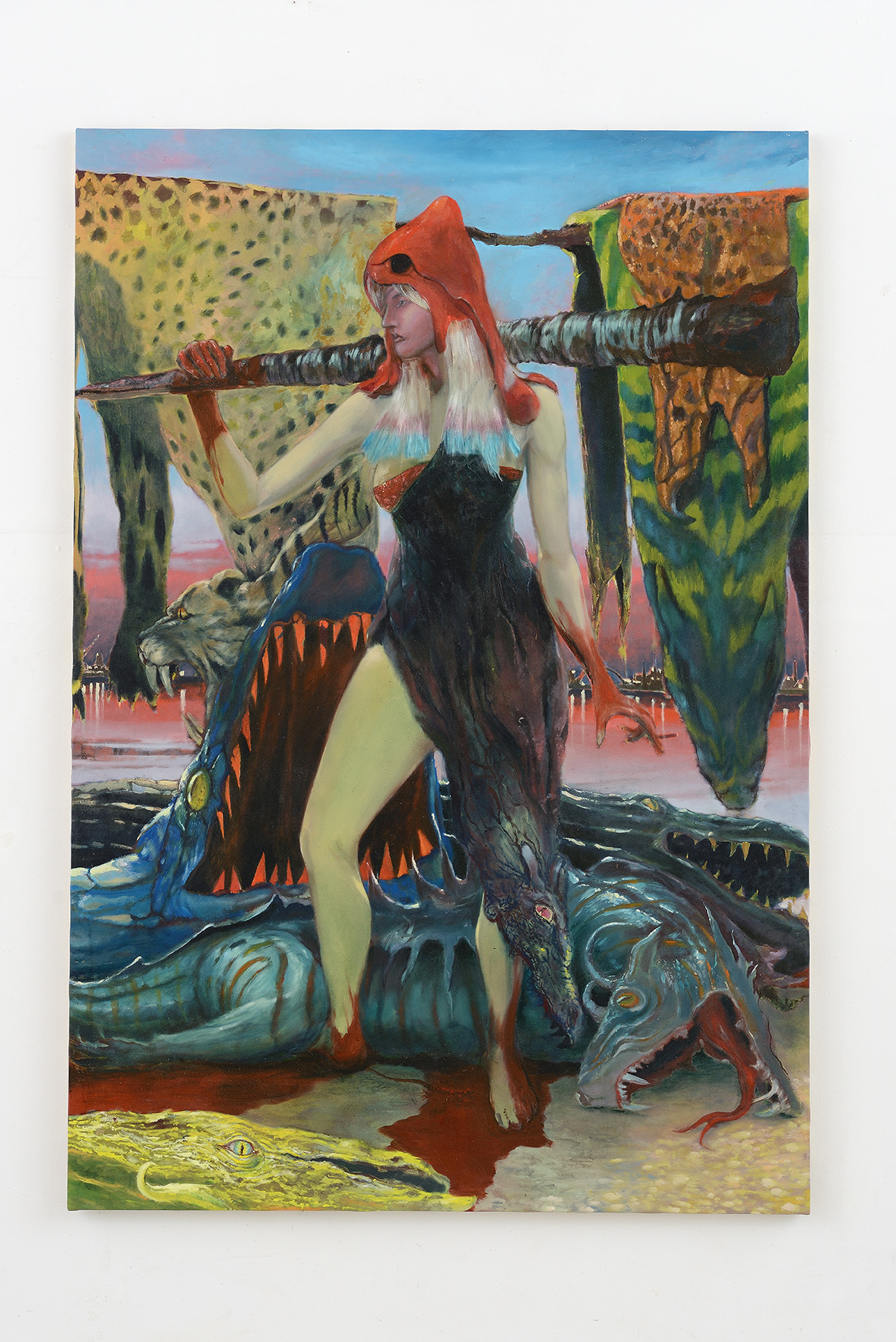 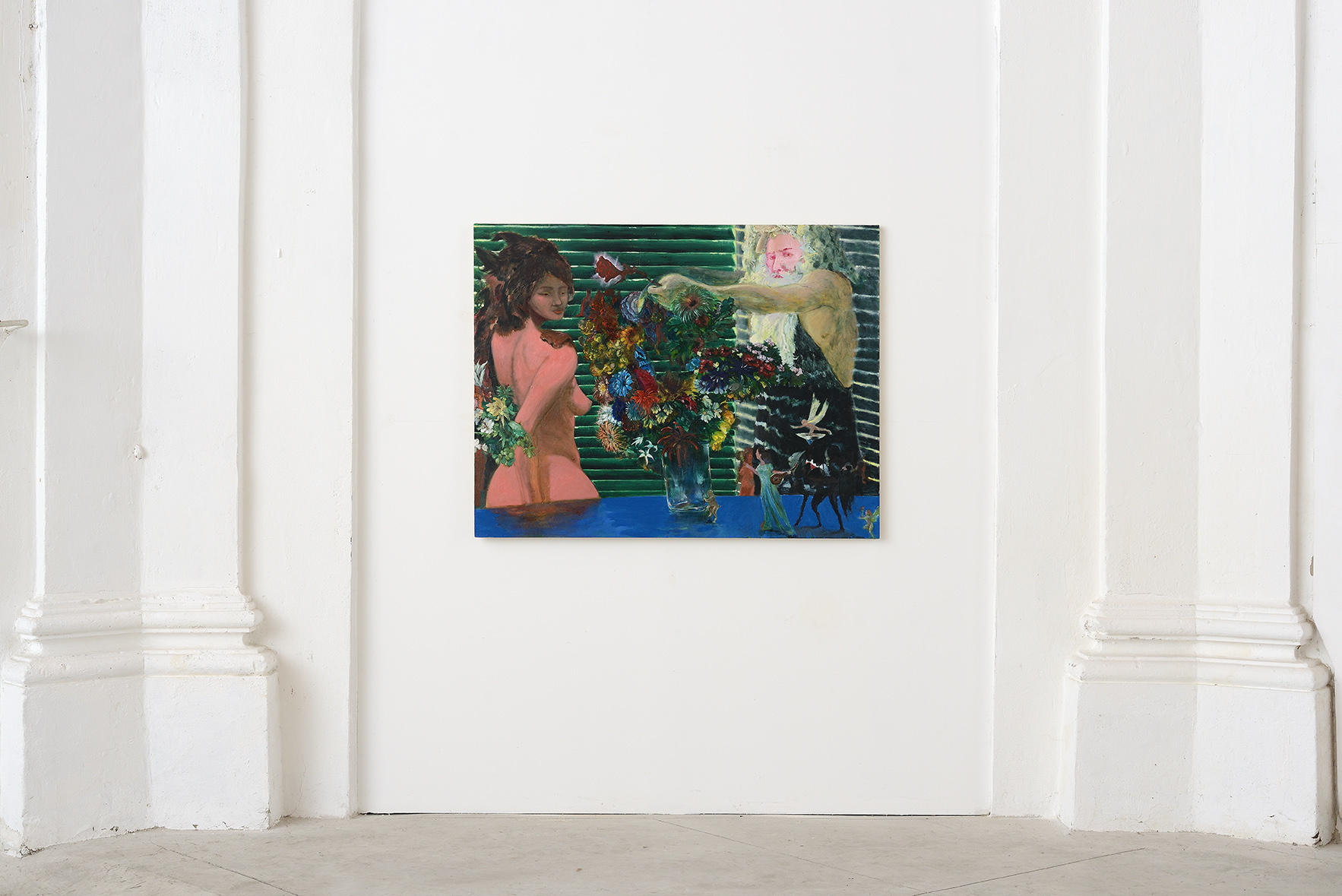 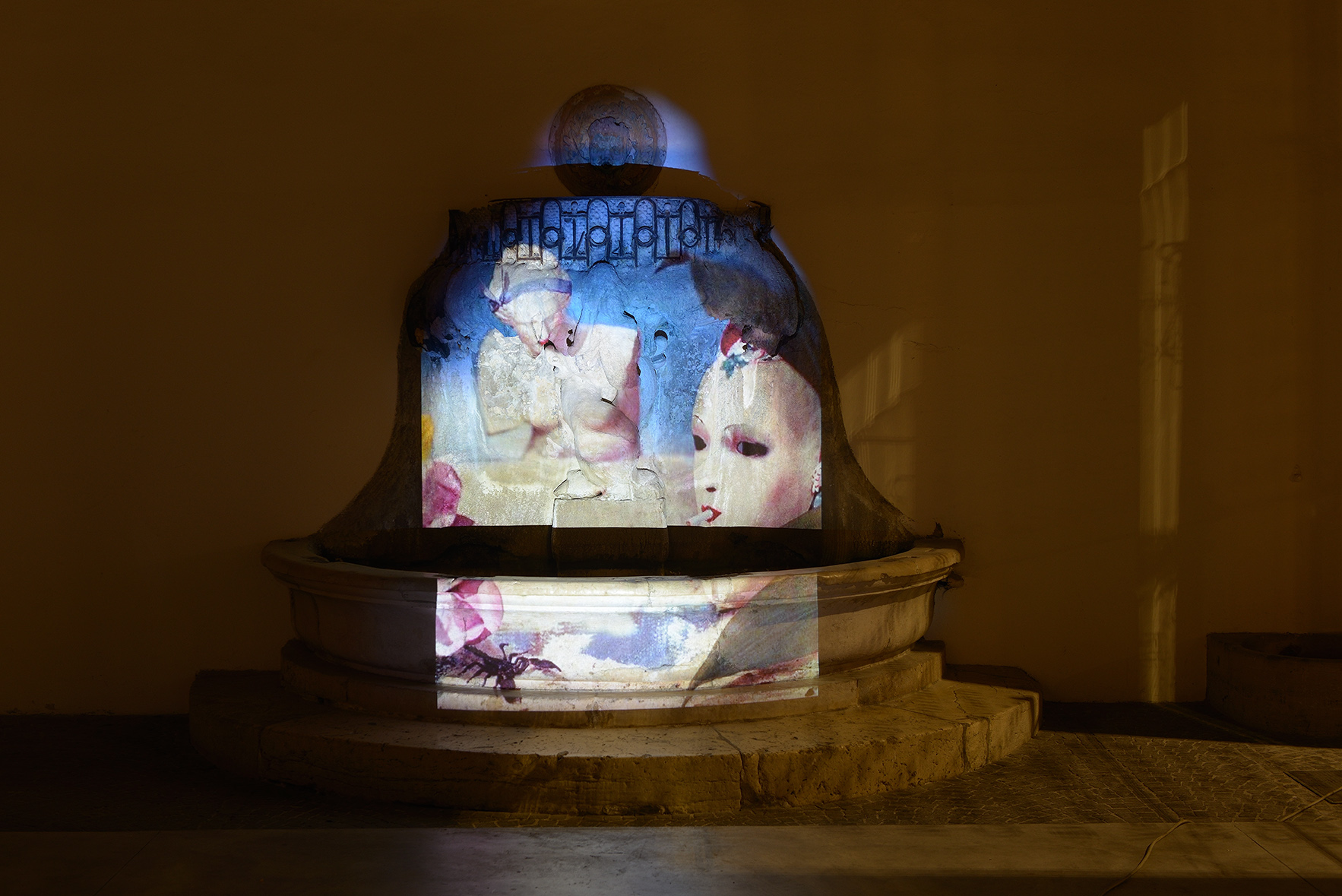 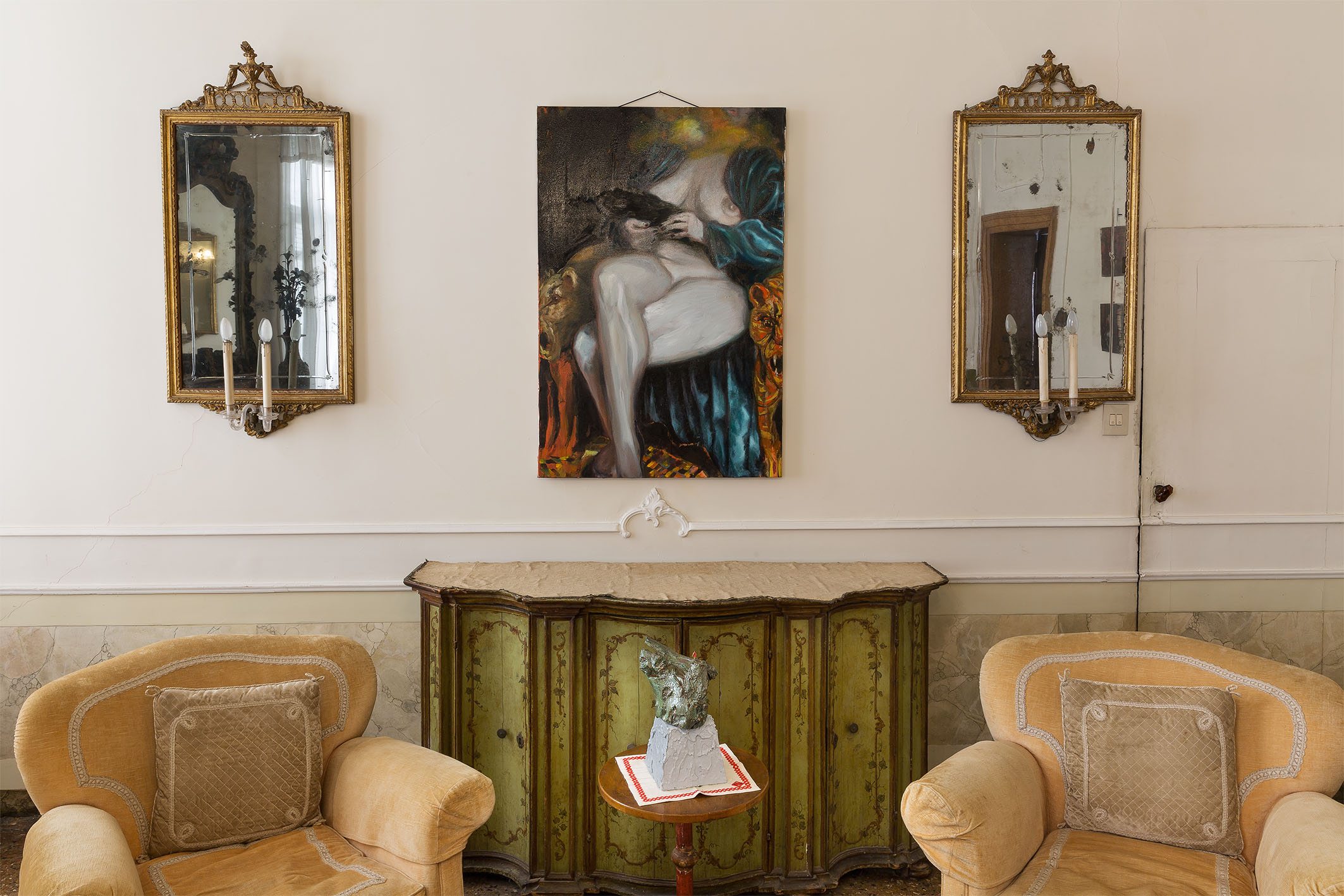 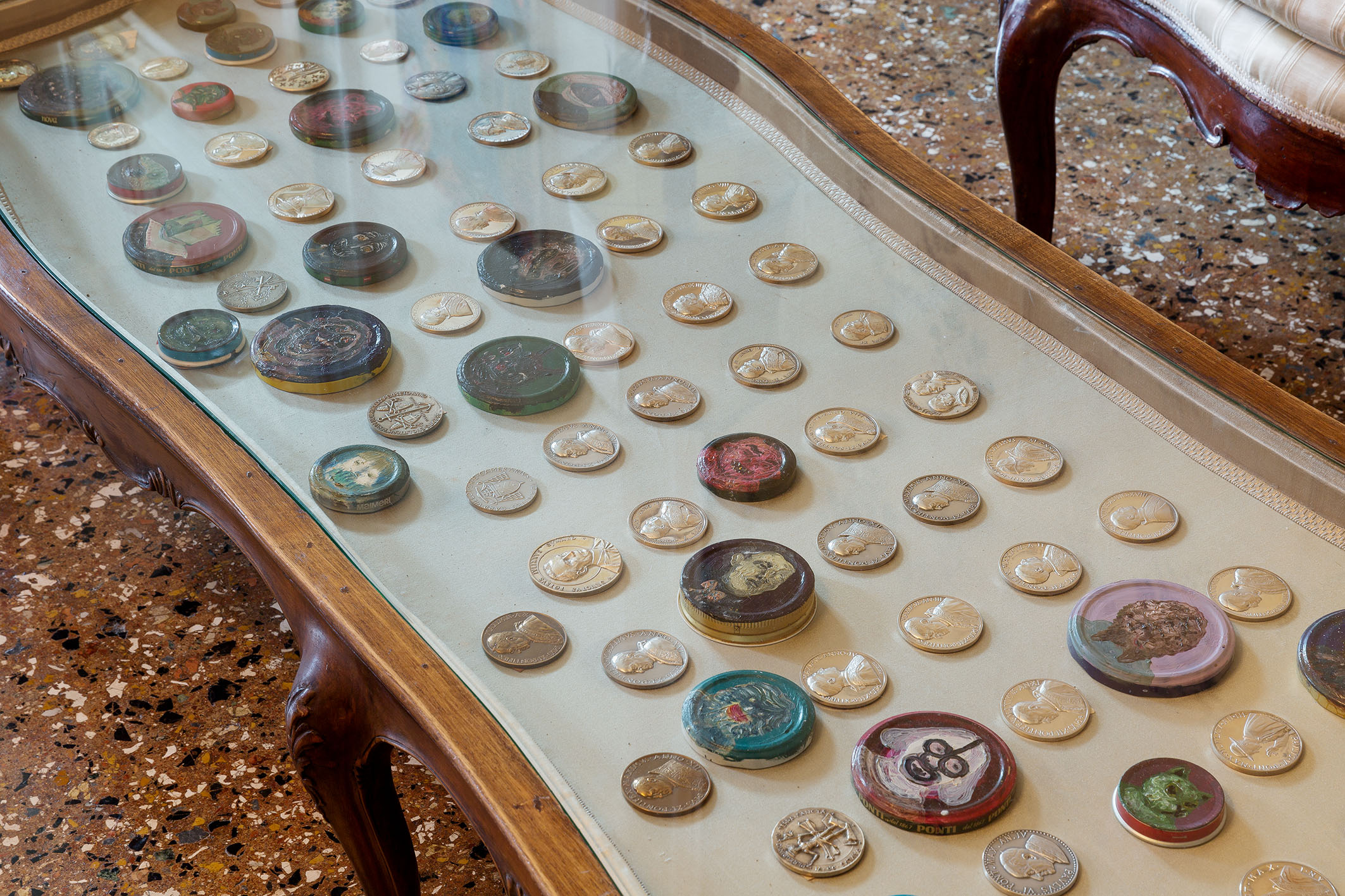 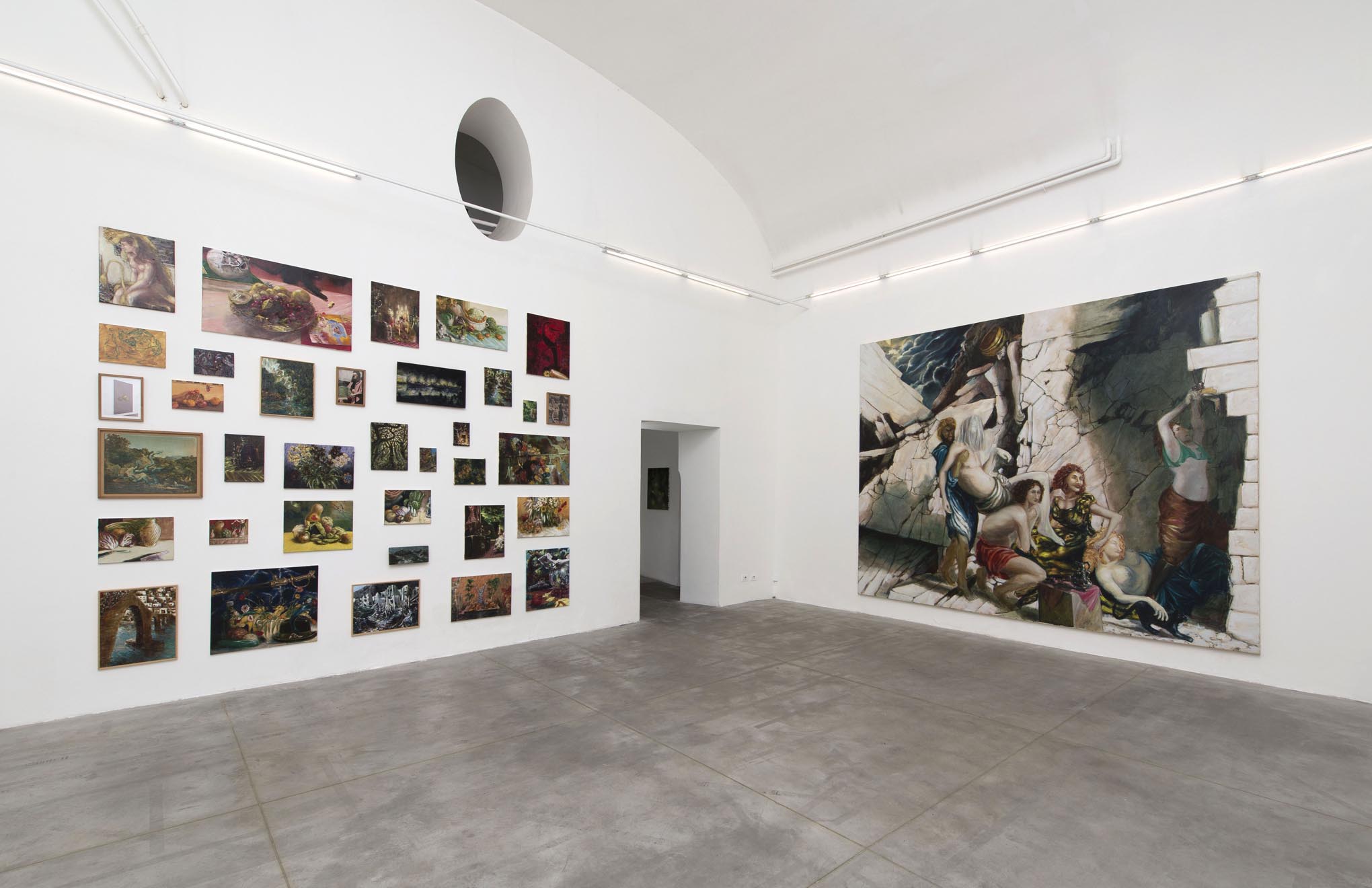 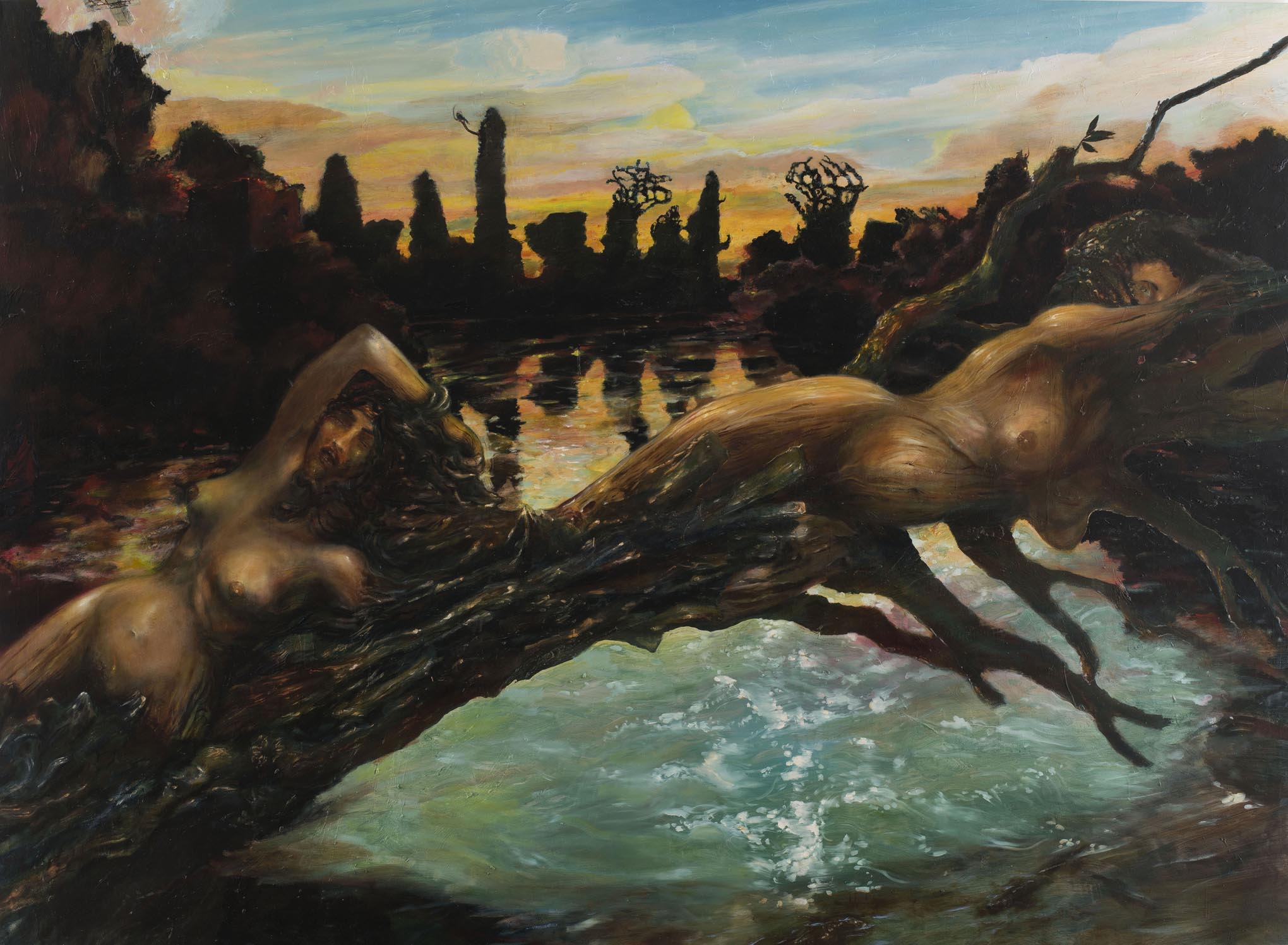 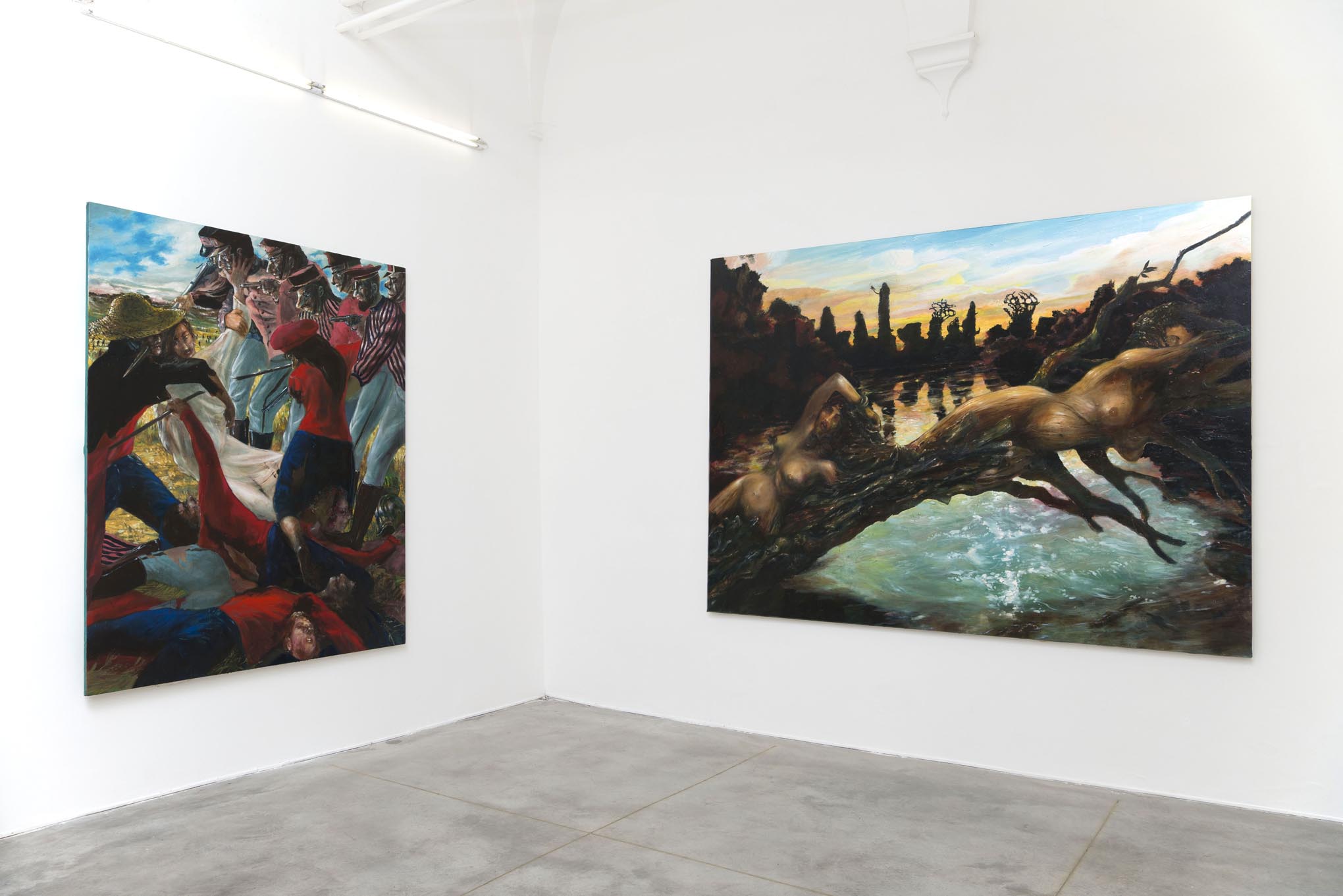 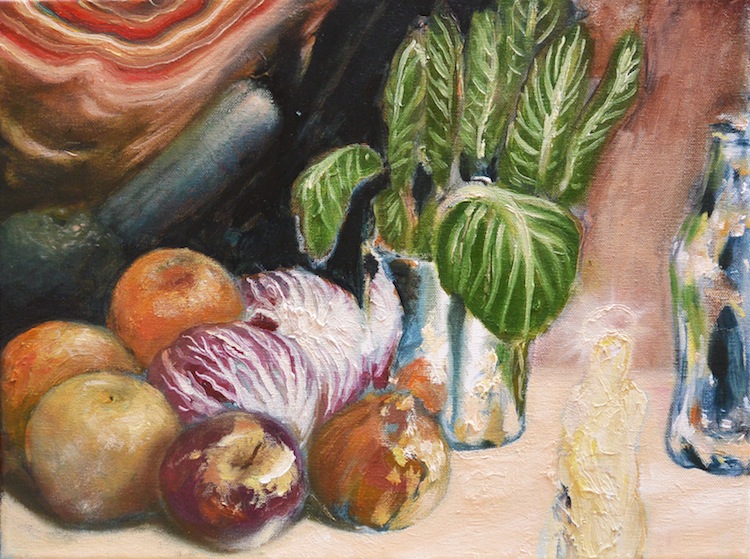